Regardless of lymph node involvement, early-stage gastric cancer (EGC) is an adenocarcinoma that is limited to the mucosa or submucosa. Early does not refer to early detection but rather to primary lesion characteristics. The Japanese Society of Gastroenterological Endoscopy established this histological entity in the 1960s based on the finding that this particular kind of stomach cancer had a good prognosis, with a five-year survival rate of more than 90%. 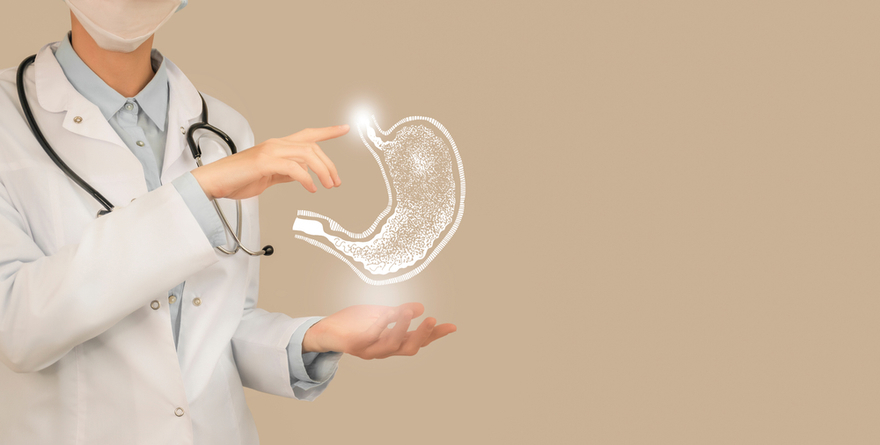 The bulk of the Western series claims that 10–20 percent of tumors that are surgically removed have EGC. The prevalence drops to about 10% when all cases, including those on palliative treatment and patients who aren't candidates for surgery, are taken into account. However, as these data are usually always collected from surgical cohorts, the incidence in the population is probably overestimated. Analyzing pathological records reveals additional reductions in incidence: For instance, Ballantyne et al. report that between 1978 and 1985, the incidence of EGC was found in about 4 percent of pathological specimens from the Nottingham General and University Hospitals. However, even this does not account for cases that were first documented on death certificates. However, despite not yet reaching the high levels observed in Japan, the incidence of EGC is rising in several European centers, indicating the increased use of gastroscopy.

According to national records for Japan, the proportion of early-stage gastric cancer among resected cases was 40% in 1985, with detection rates gradually rising across the country over the previous 20 years. However, at the Cancer Institute of Tokyo, the proportion of early gastric cancers (EGC) exceeded advanced cancers in 1990. Again, the true incidence of EGC in the community is likely overestimated by this. It is undoubtedly true, nevertheless, that EGC is found in Japan much more frequently than in Europe. Although, as in Europe, the upward trend is closely correlated with advancements in diagnostic technologies, the mass screening of the asymptomatic population that was implemented in 1957 is almost certainly the cause of this divergence.

Several factors can raise your risk of developing gastric cancer, such as: 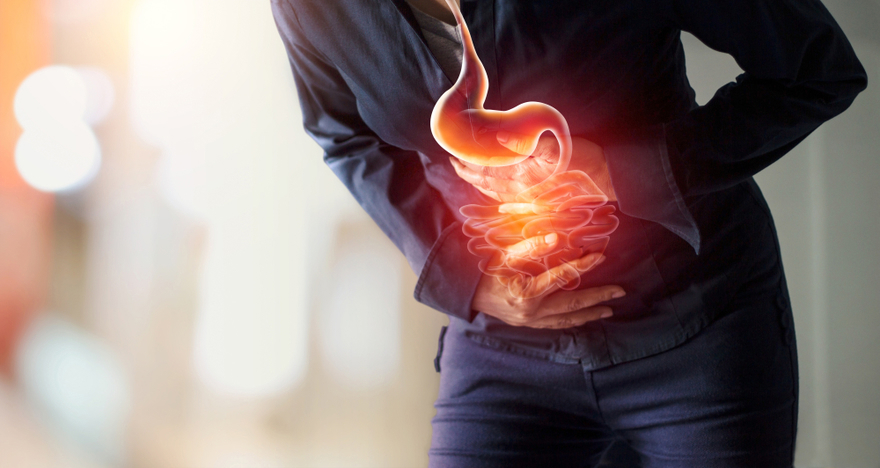 Little is known about the symptoms of EGC due to screening of an asymptomatic population. The duration of EGC manifestations in Europe varies, but they are frequently severe. The average length of time that symptoms last is usually greater than six months, and frequently it is longer than a year. The duration of the symptoms in EGC is significantly longer than in advanced gastric cancer (AGC). Additionally, if the EGC is ulcerated as opposed to protuberant, there may be a protracted prodrome of symptoms.

EGC's initial symptoms resemble benign gastric ulcer symptoms. Dyspepsia and epigastric discomfort are both fairly common (between 60 and 90 percent). At the time of presentation, anemia is rare, and less than 25% of patients often have a history of gastrointestinal bleeding. Less than 40% of patients almost invariably experience weight loss. On the other hand, weight loss is a typical and noticeable aspect of AGC, occurring in roughly 60% of patients.

The discovery that the EGC symptom pattern and duration more closely match benign gastric ulcers than advanced cancer is complicated to understand. It might imply that EGC might develop slowly over an extended period in the stomach, presenting only minor symptoms, or that a benign condition gradually transforms into a malignant disease over that time. The need for vigorous, early assessment of older individuals with ulcer-like symptoms is reinforced by the similarity in clinical features and the idea that these ulcers can go through a healing phase. 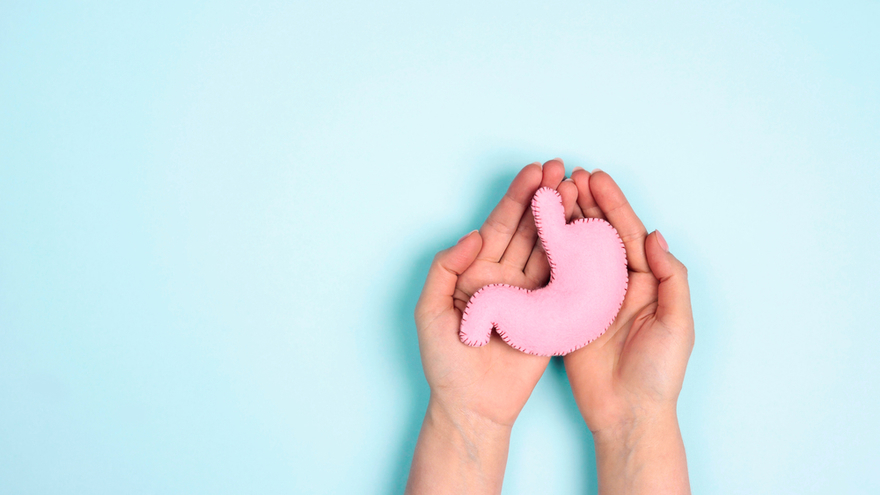 Today, more EGC patients are being diagnosed, and innovative methods have improved these patients' quality of life. It is now well acknowledged that early gastric cancer is distinct cancer with a high survival rate following precise resection; both Western and Japanese surgeons have reported that roughly 95% of patients survive at 5 years.

The macroscopic appearance of the tumor serves as the basis for the most popular classification of EGC. EGC tumors are separated into protruded (I), superficial (II), and excavated categories (III). Elevated (Type IIa), flat (Type IIb), and depressed (Type IIc) are the subdivisions of type II. The most common lesion is type IIc, while the prevalence of type III lesions is low (less than 1 percent). 20 percent of cases are superficial tumors with two or more components.

In 1965, Lauren provided a useful pathological categorization for stomach cancer. Tumors are categorized as having (intestinal type) or not having glandular characteristics (diffuse type). While diffuse type has a steady rate internationally and affects patients of younger ages, intestinal type occurs more frequently in elderly patients in regions with a high incidence of gastric cancer. This categorization is frequently used in the West; according to a significant systematic review, the intestinal type predominates in EGC and accounts for more than half of patients in 16 out of 18 studies and more than 75% in 7 of the 18 studies. 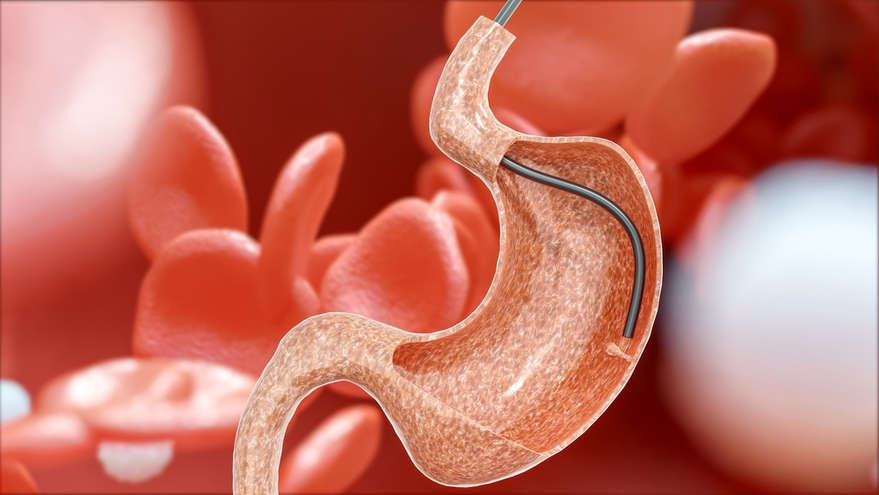 The gold standard for diagnosing early-stage gastric cancer is endoscopy with biopsy. When using this approach, the endoscopist must have exceptional skill and expertise to recognize the lesion, which frequently exhibits only minor changes in comparison to the healthy mucosa around it.

In more than 85 percent of patients who undergo gastroscopy in Japan, endoscopists can differentiate early-stage gastric cancer from advanced gastric tumors. It is a fact that most stomach tumors in Europe are discovered at stage IV. This is likely because Western endoscopists have little expertise with this malignancy as it is less common in Europe and North America. Furthermore, chromoendoscopy, which can identify intestinal metaplasia, dysplasia, or early-stage gastric cancer, has been used as a common procedure in Asia since the 1980s, although similar techniques were only accepted in Western countries in the late 1990s.

Early-stage gastric cancer rarely has hematogenous metastases at the time of diagnosis since the tumor is entirely contained within the stomach wall; hence, the only metastases seen in clinical practice are lymph nodes. While early gastric malignancies with submucosal invasion show lymph node metastases in 20% of patients, significantly less than the 50% of lymph node metastases in patients with T2 lesions, recent investigations confirm that neoplasms are confined to the mucosa and seldom disseminate to lymph nodes (around 4%).

Japan and Western countries have remarkably different current approaches to treating early-stage gastric cancer. In general, gastrectomy (distal, proximal, or total) with lymphadenectomy is the procedure that is most frequently and successfully performed for EGC. Although this operation is often carried out in Japan, Europe has just recently begun to accept it more and more. However, Japanese physicians have switched to more conservative surgery at the same time that European surgeons have been gradually adopting longer resections. In addition to modified gastric resections, endoscopic mucosal resections (EMR) and endoscopic submucosal dissections (ESD) were successfully introduced in the late 1970s.

Patients who meet the following criteria and have EGC at stage IA (T1N0) are eligible for EMR: a mucosa-confined tumor that is well or moderately differentiated, type I or IIA (protruded or superficial elevated) or type IIc (superficial depressed), and whose greatest diameter is less than 20 mm. Stage IB (T1N1) tumors need a standard gastrectomy regardless of additional factors, whereas stage II tumors need a total or modified gastric resection. But although if EMR or ESD are used to treat large percentages (more than 20%) of EGCs in Japan, total or subtotal gastric resection with lymph node dissection continues to be the treatment of choice. Two observations lend credence to this hypothesis: first, tumors that extend into the submucosa occasionally involve D2 lymph nodes; and second, as previously stated, tumors that are typically staged as N0 may be understaged in up to 50% of cases due to the possibility of the presence of micrometastases.

Clinical research has focused on lymph node condition as a prognostic marker, evaluated with standard histology, as the IHC method is not practical in everyday practice. The key question is the number of lymph nodes that must be removed for proper staging to achieve surgical radicality with shorter lymphadenectomies than D2 dissections.

Ichikura, a writer from the Far East, recommended dissecting at least 10 lymph nodes to identify patients as N0 and even 20-30 lymph nodes for an accurate N1 N2 staging. However, a 2006 Italian study by the GIRCG (an Italian Research Group in Gastric Cancer) on 652 EGCs found that a worse prognosis can be caused by as few as three metastatic lymph nodes, with a 5-year survival rate ranging from 92 percent (patients N0) to 82 percent (patients with 3 or less positive lymph nodes). In the Italian series, patients with fewer than 15 removed lymph nodes experience higher recurrences, despite the absence of metastases (N0). This discovery demonstrates the need for at least 15 lymph nodes to be removed to correctly stage a tumor. Unfortunately, multivariate analysis has not yet been used to study the lymph node factor in considerable detail. The number of dissected lymph nodes, which in turn depends on diagnostic techniques and the type of surgical intervention, determines the number of metastatic lymph nodes. These remarks provide a solid context for the recent discussion of the N parameter and the TNM classification of gastric cancer. TNM offers a straightforward and consistent staging method, but 15 or more lymph nodes must be removed; otherwise, the N parameter may be understaged (referred to as stage migration). As a result, D2 lymph nodes dissection is currently performed in Eastern countries with very low recurrence rates. European surgeons have made an effort to reproduce the outcomes of Japanese surgery, and Dutch1 and UK2 trials have looked at whether extended lymphadenectomy would be just as successful in patients from the West. In addition, a Cochrane review found no difference in survival between D1 dissection and more radical D2 dissection; furthermore, extended lymphadenectomy is not superior to limited lymphadenectomy. Western surgeons commonly conduct D1 dissection, even though further research may be required to determine the optimal treatment option for patients in the West. Today, treatment choices are determined based on surgical opinion. 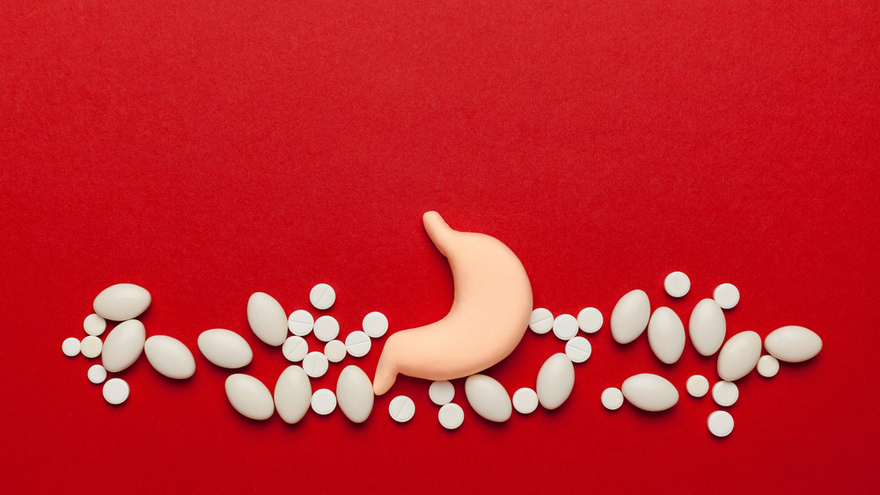 Early-stage gastric cancer has a very good prognosis overall. If relative survival or mortality from gastric cancer alone are taken into account, nearly all Western and Japanese authors currently report five-year survival rates for EGC of above 90%. Only a few series have provided information on survival rates at 10, 15, and 20 years. Comparable to the rest of the population, the Japanese have shown high relative survival to 10 and 15 years. If deaths from other causes are taken out, the survival rate drops to between 84 and 92 percent in Western reports after 10 years. The 15- and 20-year survival rates in one extensive French follow-up research decreased to 58 and 51 percent, respectively. However, because this covered all-cause mortality, it is challenging to interpret.

The Japanese regularly report a rate of less than 5% for the recurrence of EGC following surgery. Rates in Western reports are typically higher, averaging between 5 and 15 percent, with rates of less than 5 percent only occasionally being observed. Recurrence rates should not be compared directly because they depend on the length of follow-up, but when combined with survival rates, it is clear that EGC has a slightly worse prognosis in the Western population.

In comparison to advanced gastric cancer, early-stage gastric cancer had higher survival rates, and lymph node invasion is often regarded as the primary independent prognostic indicator. Recent studies, however, tend to indicate that even for patients who have successfully undergone treatment for EGC, long-term follow-up may still be required due to the high mortality rate among these patients.