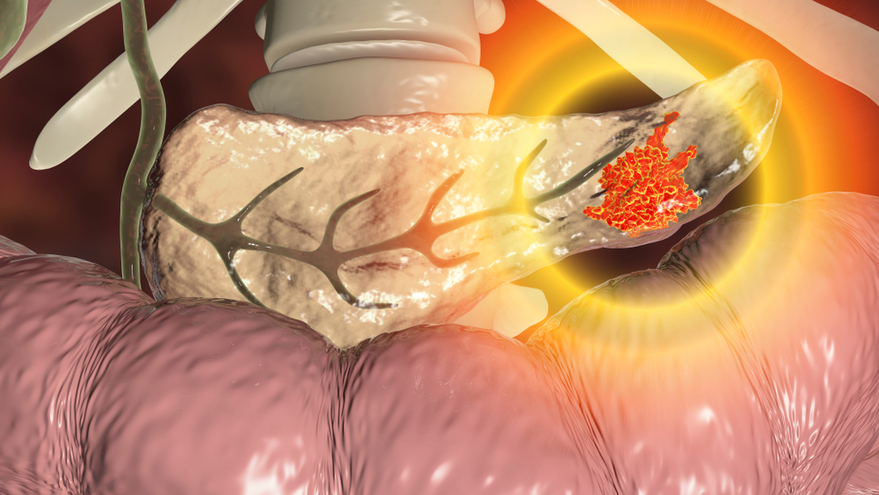 One of the most serious side effects following a case of severe acute pancreatitis is walled-off necrosis. A quarter of individuals with walled-off necrosis may need interventional drainage or debridement, even though many of them can be treated conservatively. Percutaneous drainage is typically chosen as the initial course of treatment, with open surgery being an alternative if necrosectomy is necessary. These two procedures are not advised as the first line in modern practice due to the aggressiveness of open surgery and the danger of pancreatico-cutaneous fistula from the percutaneous method (unless internal drainage or pancreatic duct bridging by an internal stent is performed). New minimally invasive procedures have been increasingly effective during the past ten years, including endoscopic pancreatic necrosectomy and video-assisted retroperitoneal debridement.

What is Walled-Off Pancreatic Necrosis? 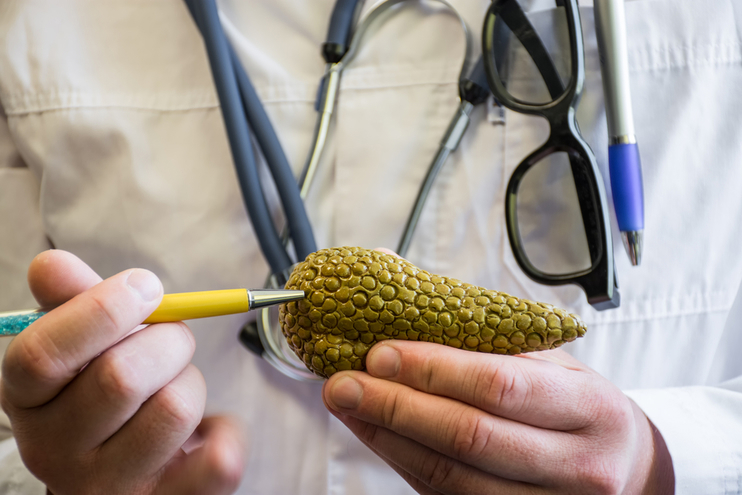 In patients of infected walled-off pancreatic necrosis (WOPN), endoscopic pancreatic necrosectomy is recommended. As a result of acute necrotizing pancreatitis, encapsulated collections of fluid and solid debris are referred to as WOPN.

Fluid collections that develop in people with acute necrotizing pancreatitis are known as post-necrotic pancreatic/peripancreatic fluid collections (PNPFC), according to the updated Atlanta classification of acute pancreatitis published in 2007. Because PNPFC is caused by necrotizing pancreatitis and involves necrotic tissue, it may be differentiated from the acute peripancreatic fluid collection (APFC) and pseudocyst. Liquefaction appears as pancreatic parenchymal or peripancreatic necrosis develops and the necrotic tissue disintegrates. Typically, this phase starts 2-6 weeks after pancreatitis first manifests itself. On contrast-enhanced computed tomography (CT) of both necrotic tissues and fluid within the same confined area, PNPFC is distinguished by unique morphologic characteristics. The interface between necrosis and the nearby viable tissue becomes created as the PNPFC develops; this is often accomplished by a thicker wall devoid of an epithelial coating. This phenomenon is known as WOPN, which was formerly known as organized necrosis.

What is Endoscopic Pancreatic Necrosectomy? 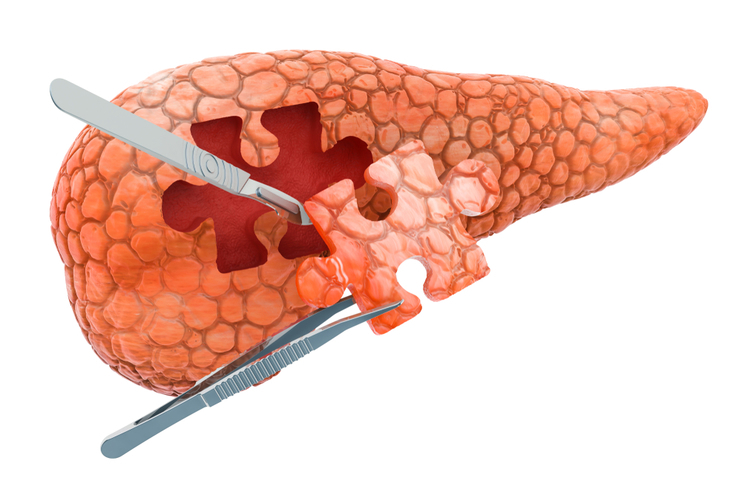 It has not yet been directly compared between open surgery and endoscopic pancreatic necrosectomy, and it will probably be challenging to run a trial with a sufficient sample size. However, the biggest benefit of endoscopic necrosectomy is that it doesn't require surgery. Surgical necrosectomy is not as straightforward an operation as, for example, an appendectomy or cholecystectomy, but it has developed through time to become the established standard of care for these individuals. Given that the necrotic cavity is located in the retroperitoneum, behind the stomach, accessing it operatively through the abdomen is highly technically challenging. Similar to endoscopic pancreatic necrosectomy, the surgical method frequently necessitates multiple surgeries to completely remove all of the dead tissue. Overall, surgical necrosectomy entails a significant abdominal incision and low risks of complications. Patients typically have abdominal drains left behind, and they could potentially get fistulous skin tracks. Large ventral hernia defects may also develop. These issues could eventually necessitate additional surgeries for closure. Thus, compared to an open treatment, endoscopic pancreatic necrosectomy has significant benefits. 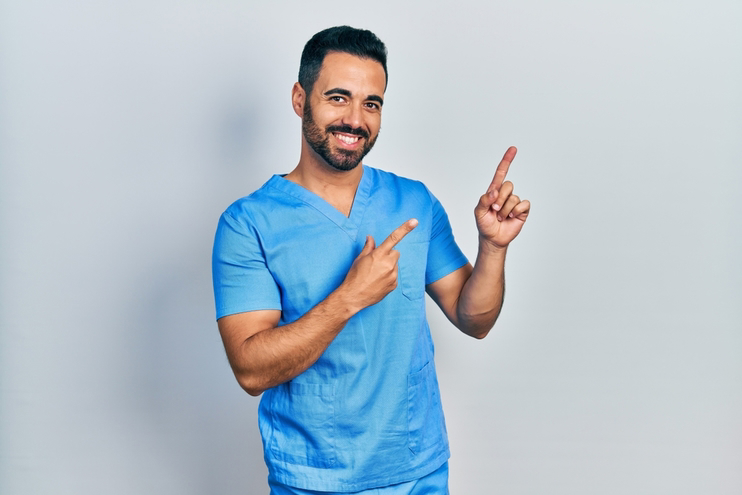 In individuals who have experienced a clinically severe episode of pancreatitis, endoscopic pancreatic necrosectomy is almost usually performed since these patients have underlying pancreatic necrosis. Endoscopic necrosectomy cannot typically be performed sooner than 2-3 weeks after the onset of severe pancreatitis, and in most cases, doctors wait 4 weeks or longer because the initial pancreatitis attack is treated medically. Patients experience a necrotic collection of dead pancreatic tissue and fluid later in the course of their pancreatitis episode, which is radiographically visible as a distinct collection on computed tomography (CT). Depending on the patient, the stomach or duodenum can then be used to access the necrotic accumulation. Intervention decisions are made based on clinical symptoms as well as the results of the CT scan, including persistent severe abdominal pain, continuing pancreatitis symptoms, pancreatic ascites, and infection. Therefore, doctors would probably wait before suggesting an intervention if the patient has few symptoms or is doing well, for example. The utilization of endoscopic pancreatic necrosectomy is therefore dependent on both the patient's symptoms and the imaging findings. Furthermore, it is essential to mention that necrotic pancreatic collections are frequently mistaken for and misdiagnosed as pancreatic pseudocysts on radiographs. If a pseudocyst drainage treatment is performed on a patient who has a necrotic pancreatic collection, insufficient clearance of solid material and subsequent infection will happen. Pseudocysts only contain liquid material. 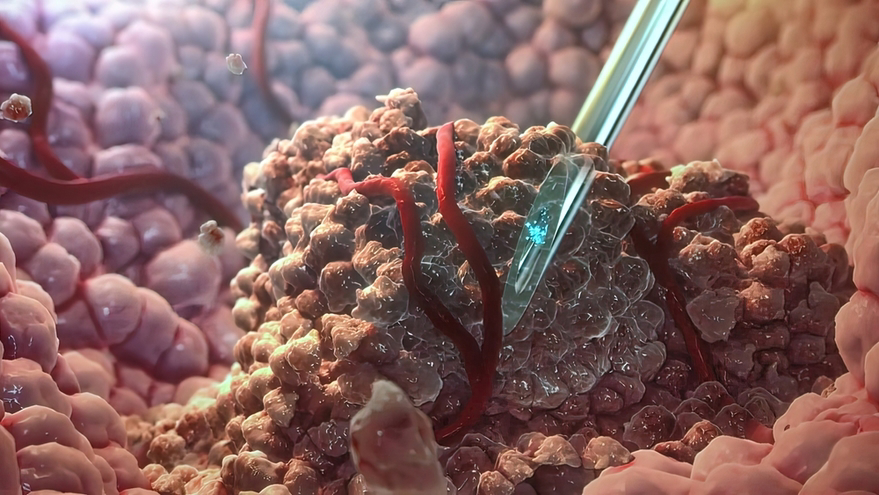 A thorough preoperative evaluation should be carried out before endoscopic drainage and the following necrosectomy. The international normalized ratio (INR) test should be used to check for coagulopathy, and any necessary vitamin K and fresh frozen plasma corrections should be made. Except for aspirin, anticoagulants and antiplatelet medications should ideally be avoided during endoscopic drainage and necrosectomy due to the increased risk of bleeding. To assess for pseudoaneurysms and varices that can arise as a result of the portal and splenic vein thromboses, contrast-enhanced computed tomography (CT) with arterial and venous phases should be carried out. Before necrosectomy, pseudoaneurysms should be embolized. Although perigastric and abdominal varices are not an absolute contraindication for necrosectomy, they should be avoided at all costs and the operator should be skilled enough to spot them while performing the treatment. The endoscopist should reassess the CT scan to determine the best drainage site, determine whether multiple drainage sites should be carried out for walled-off collections that might not communicate, and confirm that the collections are close enough for drainage, typically 10 mm or less from the selected drainage site in the upper gastrointestinal tract.

A linear echoendoscope should be utilized to evaluate walled-off pancreatic necrosis since this is the view that will be used for endoscopic drainage. While necrotic deposits in the right lower quadrant can be seen from the first, second, or third parts of the duodenum, collections in the smaller sac will only be visible from the stomach. Walled-off necrosis is often heterogeneous collections made up of irregularly sized hyperechoic or isoechoic solid debris mixed with anechoic fluid parts. Large amounts of solid debris can create a wide shadow on collections, making it difficult to see deeper areas of the necrotic collection by ultrasound. Endoscopic ultrasound (EUS) appearance cannot consistently separate blood products and clots inside the collection from necrosis alone because they can have an appearance that is comparable to necrosis. Before draining the collection, a EUS aspiration might be done to check for blood if there is a high clinical suspicion of bleeding into the collection. Doppler ultrasound should be used to look for any varices or arteries surrounding the accumulation as well as those inside the gastric or duodenal wall. If there are varices or big vessels close to the collection, one should take extra care during necrosectomy and try to choose a drainage location that is as far away from these vessels as feasible. 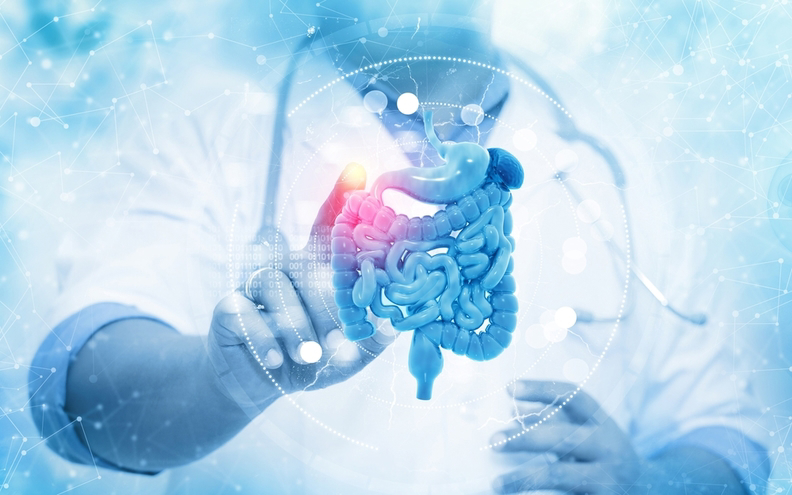 If there was no outflow of liquid debris after transluminal stent implantation, endoscopic pancreatic necrosectomy is only done at the index session. A single-channel, cap-fitted therapeutic gastroscope was used to perform a necrosectomy. The 3 steps of debridement, extraction of necrotic debris, and irrigation are included in the necrosectomy approach, which was adjusted based on the size of the necrotic cavity and the level of debris adherence. 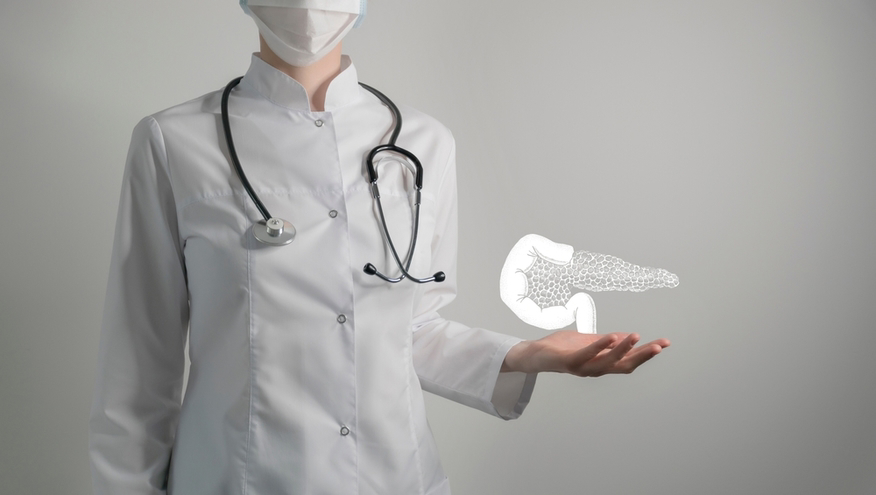 To thoroughly remove necrotic tissue during an endoscopic necrosectomy, more than one procedure is typically necessary. The majority of the time, complete endoscopic pancreatic necrosectomy can be completed in as few as 2 treatments, but it can occasionally require 4 or 5. This is because the first procedure is frequently unable to eliminate all of the solid material from the cavity. When multiple treatments are necessary, the patients are then rescheduled for follow-up visits that can take several days to a week or more after the initial procedure, to remove as much necrotic tissue as feasible in each session. Ninety percent of patients who have many operations have their symptoms completely resolved.

Endoscopic necrosectomy is not as extreme or deadly as some doctors believe it to be, as specialists are discovering. However, many experts wouldn't advise community gastroenterologists to perform this procedure just yet since it demands endoscopic expertise and the capacity to manage potentially fatal complications. It may also call for complex medical, surgical, and radiologic management of potential complications like bleeding and perforation. As a result, experts think that endoscopic necrosectomy should only be performed in highly specialized facilities. 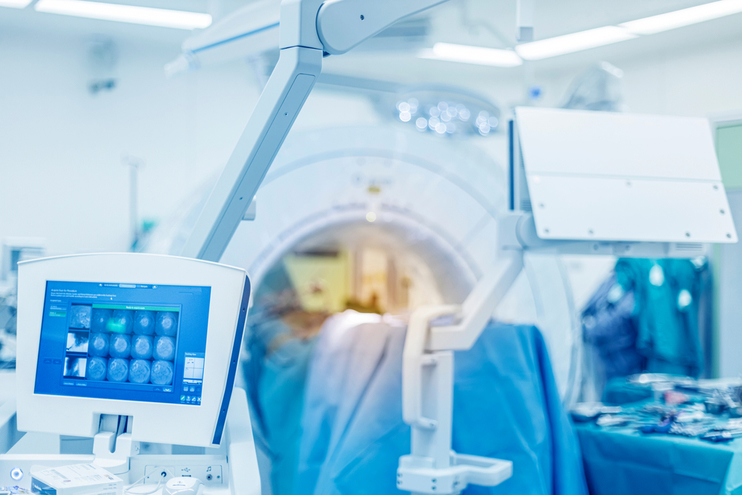 The following are the possible complication of the procedure:

Endoscopic pancreatic necrosectomy has emerged as the go-to therapy for infected pancreatic fluid collections over the past 20 years. As scientists work to improve the post-procedural results, this technique is still being improved. Future randomized controlled trials comparing smaller metallic stents to plastic stents in the patients are required.