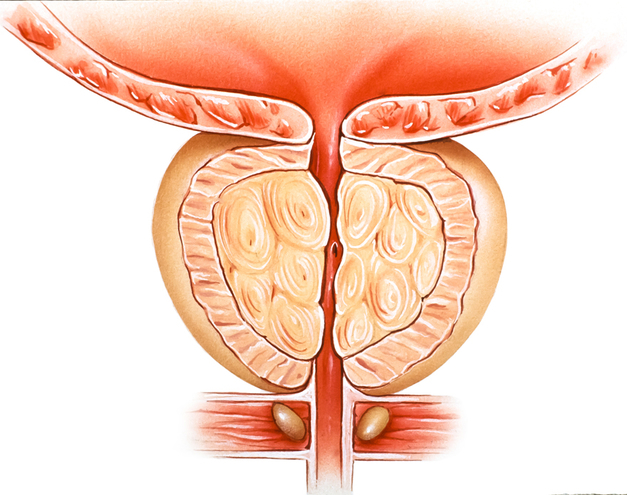 What is benign prostatic hyperplasia (BPH)?

In males, the prostate gland is located just below the bladder and encircles the upper section of the urethra (a tube that drains urine from the bladder). The major function of the prostate is to release seminal fluid (the fluid that nourishes and transports sperm).

Benign Prostatic Hyperplasia (BPH) is a histopathological term for benign enlargement of the prostate gland caused by the growth of glandular epithelial tissue, smooth muscle, and connective tissue inside the gland.

BPH is practically common in aging men, with increases beginning at age 40-45, reaching 60% by age 60, and 80% by age 80. BPH can cause bladder neck blockage, also known as benign prostatic obstruction (BPO) or Bladder Outlet Obstruction (BOO).

As BPH gets worse, lower urinary tract symptoms (LUTS) increase in frequency and intensity with age, and are classified as those related to urine storage and/or voiding/emptying.

What is the surgical treatment options of benign prostatic hyperplasia (BPH)?

In general, behavioral change and/or medication are used as first-line treatments for BPH. It may also be discussed to proceed directly to a procedural intervention without first trying drugs.

Despite the increased use of pharmacological treatment for men with LUTS caused by BPH, there are still clinical circumstances in which surgery is recommended as the primary option:

What is Holmium Laser Enucleation of the Prostate (HoLEP)? 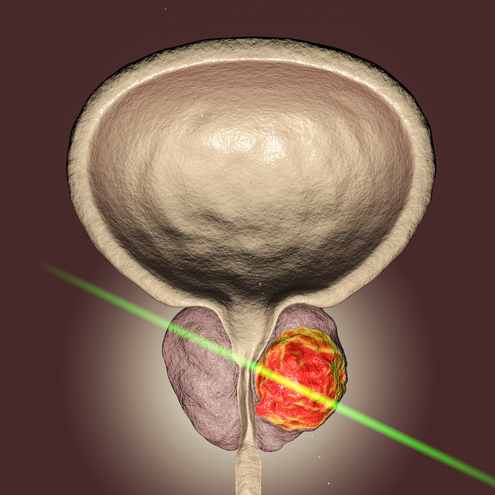 Holmium laser enucleation of the prostate (HoLEP) is becoming a more popular surgical treatment option for symptomatic benign prostatic hyperplasia (BPH). While transurethral resection of the prostate (TURP) has long been regarded the gold standard for surgical BPH therapy, recent studies and revised recommendations show that HoLEP has emerged as the new size-independent endoscopic gold standard for surgical BPH treatment.

Following its efficacy in treating urinary calculi, the holmium laser has been used to treat BPH.

Using known anatomic planes, the surgeon can use this laser to enucleate the transition zone of the prostate from the surgical capsule.

As a result, it greatly improves total tissue removal compared to TURP and is less invasive than open simple prostatectomy (OSP) while achieving comparable results. 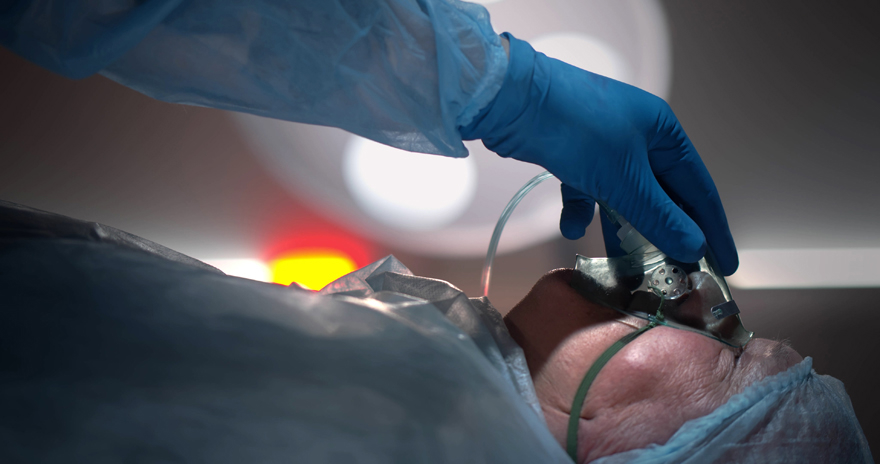 Assessment of patients with BPH who require surgical treatment:

Patients with the following conditions are excluded from the procedure:

Perform preoperative evaluations and conduct certain perioperative treatment according to the results.

The patient will be asked not to eat or drink for 6 hours before surgery and, immediately before the operation, he/she may be given a pre-medication by the anesthetist which will make him/her dry-mouthed and pleasantly sleepy.

Immediately before surgery, administer lumbar or general anesthesia to the patient and place the patient in the lithotomy position. 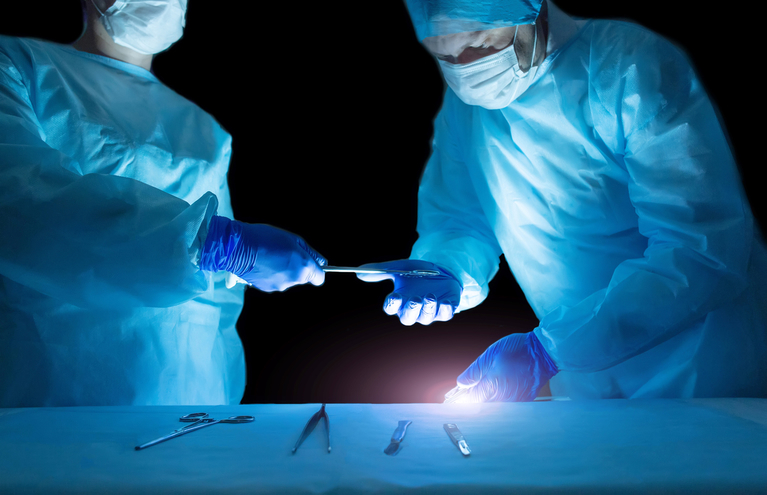 The conventional HoLEP approach, which uses a high-power 100-120 W holmium laser with an end-firing 550-micron laser fiber, has previously been described.

Newer laser systems with two pedals allow doctor to choose between therapy settings which are generally 2.0 J with a frequency of 40-50 Hz and a broad pulse width, and hemostasis settings typically 1.5 J and 30 Hz.

A 26-Fr continuous flow endoscope with a laser bridge is used for the operation. The laser fiber is administered through the working tube of a 7-Fr laser catheter, which keeps the fiber stable throughout the treatment.

The inflow port is linked to two distinct 3-liter normal saline irrigation bags that are left open, while the outflow port is left to gravity drainage.

The basic and most widely used HoLEP procedure involves enucleating and releasing the median and lateral lobes of the prostate into the bladder.

Incisions are created at the bladder neck at 5 and 7 o'clock and are continued down to the prostatic capsule fibers. These incisions are then distally extended and linked proximal to the verumontanum (a structure on the floor of the posterior urethra that defines the border between the urethral membranous and prostatic segments).

Beginning at this distal point, the median lobe is separated from the capsule and released into the bladder.

This step can be facilitated by lifting the prostatic adenoma with the end of the scope while developing the dissection plane at the level of the capsule with the laser fiber.

A similar process is used for the lateral lobes, which are enucleated individually.

A further 12-o'clock incision is made at the bladder neck and continued distally to the verumontanum level, taking care not to harm the external urethral sphincter.

This incision is extended down to the level of the prostatic capsule, and the lobe is slowly dissected free, while the surgeon works to link the 12-o'clock and 5-o'clock incisions.

After all lobes have been enucleated, hemostasis can be accomplished by activating the laser on bleeding tissue at a greater distance than usual. This approach causes tissue blanching and coagulation by "de-focusing" the laser light.

Once all three lobes are free to move within the bladder, the endoscope is replaced with an offset nephroscope with a straight working channel through which a soft tissue morcellator is inserted.

It is critical to keep the bladder full throughout the procedure since decompression can cause bleeding and impaired visibility.

A second irrigation channel is inserted to improve visibility during morcellation, with the morcellator acting as outflow suction.

The morcellator's suction is engaged, drawing the prostatic adenoma onto the blades. The blades are activated and prostatic tissue is taken after the adenoma is shown to be securely distant from the bladder mucosa.

Under normal conditions, the surgeon is able to thoroughly morcellate all adenoma tissue; nevertheless, this is not always possible, and residual tissue must be retrieved by other techniques (i.e., resectoscope or foreign body grasper).

After verifying that all tissue from the bladder has been removed, a 24-Fr three-way Foley catheter is inserted and continuous bladder irrigation is started.

Modern techniques and tools of HoLEP may help minimize the incidence of transient stress incontinence and reduce operative room (OR) time.

Two-lobe and total en-bloc enucleation (all together or all at the same time) of the prostate are the newer HoLEP surgical methods.

A randomized control trial comparing the two-lobe approach to the usual three-lobe technique found a lower incidence of retrograde ejaculation and urine incontinence.

Similarly, studies comparing the efficacy and safety of traditional HoLEP and en-bloc techniques have revealed potential advantages for the latter, such as reduced enucleation time and total operative time due to faster identification of the surgical capsule, lower risk of major complications, and improvements in quality of life.

Why Holmium Laser Enucleation of the Prostate (HoLEP)? 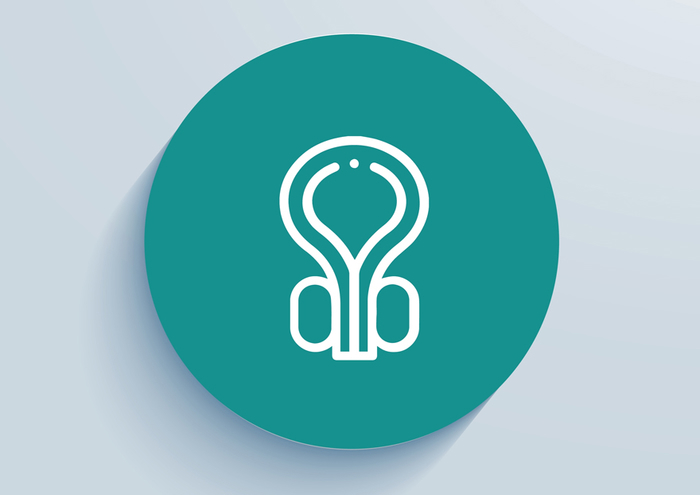 Holmium Laser Enucleation of the Prostate (HoLEP) has been widely researched, with several big studies evaluating effectiveness and results.

A randomized study comparing HoLEP versus transurethral resection of the prostate (TURP) for the treatment of Bladder Outlet Obstruction (BOO) caused by BPH.

These findings clearly show that HoLEP is a genuine option with distinct benefits over TURP.

presented 5-year follow-up findings on a randomized controlled study comparing HoLEP with OSP for prostates > 100 grams and found that the two groups improved similarly in AUA-SS, Qmax, and PVR. Both groups also had comparable low reoperation rates (5 percent in HoLEP, 6.9 percent in OSP).

A separate randomized controlled experiment with a 2-year follow-up compared HoLEP with OSP in prostates weighing more than 70 grams.

These findings indicate that HoLEP is a less invasive option than OSP with at least comparable effectiveness in big prostates.

Some studies showed that HoLEP takes longer than TURP and OSP and likely had some confounding characteristics, such as limited surgeon familiarity with HoLEP, a lack of tissue morcellators, and the fact that much more tissue was treated during HoLEP than with other modalities.

According to the current American Urological Association (AUA) recommendations, the only size-independent surgical options for BPH are HoLEP and ThuLEP (thulium laser enucleation of the prostate).

HoLEP has received greater scrutiny, with more papers and trials, is conducted at more institutions, and has been around for a longer period of time than ThuLEP.

Is Holmium Laser Enucleation of the Prostate (HoLEP) safe? 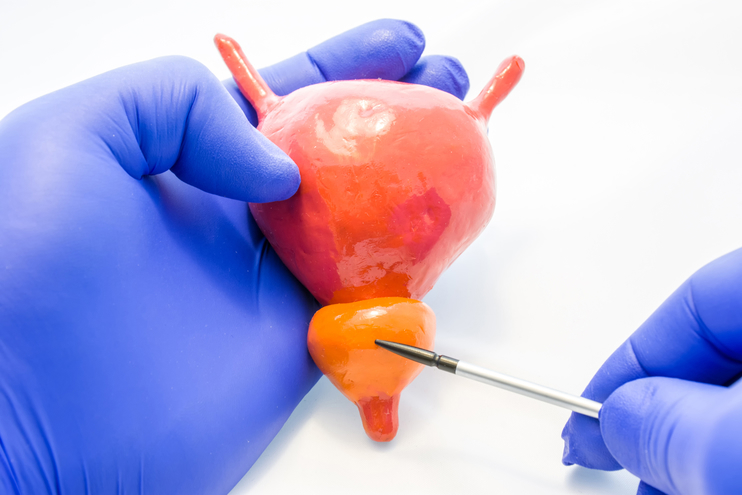 HoLEP has shown that it is safer than TURP and OSP, with less blood loss and lower transfusion rates.

The holmium laser's unique features allow it to coagulate tissue as it cuts, dramatically enhancing hemostasis during HoLEP.

Furthermore, as compared to other laser energies, the pulsed laser energy of the holmium laser allows for effective vessel cutting and coagulation.

Because of these distinct features, HoLEP can be used safely in individuals with bleeding conditions or those on anticoagulation.

A study that compared 116 HoLEP patients who needed anticoagulation (AC) or antiplatelet (AP) therapy to 1558 HoLEP patients who did not need AC/AP therapy found that, with the exception of prolonged hospitalization and duration of continuous bladder irrigation, the use of intermittent or continuous AC/AP therapy had no negative effects on outcomes.

A large retrospective study of 1124 HoLEP patients compared patients who received dual antiplatelet therapy (DAPT), continuous single antiplatelet therapy (AP), single AP therapy but intermittent during the preoperative time, and no AP therapy. All groups had similar 30-day complication rates, and all patients had better IPSS, QoL, and PVR at the 12-month follow-up.

According to AUA recommendations, HoLEP is a safe and acceptable choice for usage in patients who are at increased risk of bleeding, such as those on anticoagulation.

In retrospective research outcomes and morbidity were examined in 311 HoLEP patients aged 50-59, 60-69, 70-79, and 80 years, with functional outcomes measured by IPSS, Qmax, PVR, and urinary continence. There were no significant differences between groups in terms of morbidity rates, hospitalization time, 1-year functional outcomes, complications, or changes in serum hemoglobin levels.

What are the adverse outcomes of HoLEP? 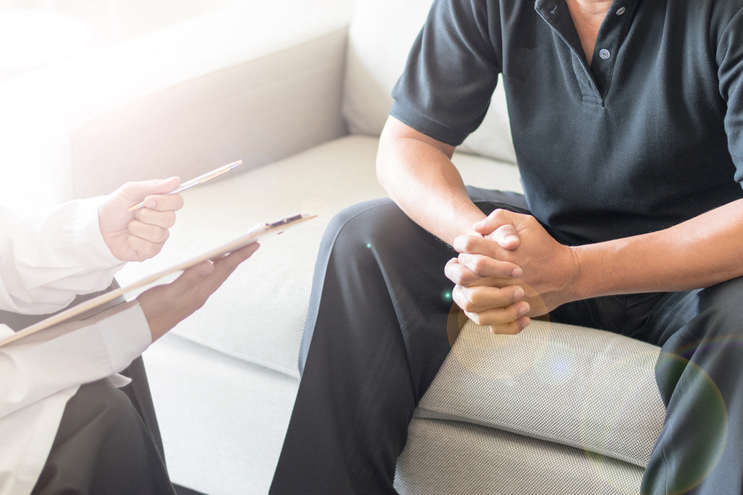 Complications from HoLEP are rare, a study of 1065 HoLEP patients found 24 cases (2.3 percent) of intraoperative and postoperative complications.

Urethral stricture needing office dilation varied from up to 1.3 percent at short/intermediate term follow up to 0% at long term follow up, whereas bladder neck contracture rates ranged from 0.8 to 6 percent throughout the same time period.

At the most recent follow-up in this study, 3 patients (0.3 percent) had urine retention, while 9 (0.8 percent) and 6 (0.6 percent) had substantial stress and urge incontinence, respectively.

In the 18-year follow-up research, perioperative blood transfusion was necessary in 0.8 percent of patients, and postoperative urethral stricture and bladder neck contracture developed in 21 (1.4 percent) and 30 patients (2.1 percent), respectively. Notably, only 21 patients (1.4%) required a second HoLEP.

HoLEP is highly advised as a safe surgery with minimal complication and treatment failure rates based on long-term data and several researches.

Despite its long-term effectiveness and safety profile, HoLEP is associated with the risk of ejaculatory dysfunction and impaired orgasm sensation.

According to one study, 70.3 percent of 202 sexually active HoLEP patients lost antegrade ejaculation, while 21% reported a decrease in semen quantity. The frequencies of sexual side effects, however, appear to be comparable among HoLEP and TURP/OSP.

Another 3-year follow-up research found that in 393 HoLEP patients, there was a substantial subjective improvement in IPSS compared to baseline, but no significant change in mean International Index of Erectile Function-5 (IIEF5) scores at 3, 6, 12, 24, and 36 months.

Attempts have also been made to preserve ejaculatory function using HoLEP, with one research showing an overall success rate of ejaculation preservation in 46.2 percent of their patients who got an ejaculatory hood sparing method.

The findings of these studies emphasize the significance of thorough patient counseling on sexual side effects before HoLEP, while also giving data on interesting future possibilities for surgical method enhancement. 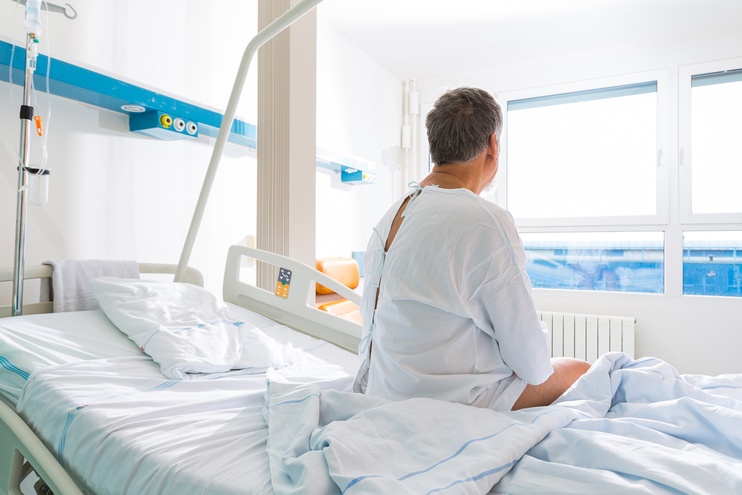 A urologist may recommend removing enlarged prostate tissue or making cuts in the prostate to widen the urethra as long-term treatment for benign prostatic hyperplasia. Urologists recommend surgery when:

The use of a holmium laser to enucleate the prostate (HoLEP) is becoming a more prevalent surgical treatment option for symptomatic benign prostatic hyperplasia (BPH). While transurethral resection of the prostate (TURP) has long been seen to be the gold standard for surgical BPH treatment, new studies and revised recommendations indicate that HoLEP has emerged as the new size-independent endoscopic gold standard for surgical BPH treatment.

Possible Intra and postoperative complications of HoLEP include:

HoLEP has been connected to ejaculatory dysfunction as well as decreased orgasm sensation. However, the frequency of sexual side effects appears to be equal between HoLEP and TURP/OSP.