Preimplantation genetic diagnosis, which is performed on embryos, was established about a quarter-century ago as a substitute for prenatal diagnosis. Preimplantation genetic diagnosis (PGD) was first used in assisted reproduction to detect chromosome aneuploidy caused by advanced maternal age or structural chromosomal rearrangements in couples at risk for single-gene disorders such as cystic fibrosis, spinal muscular atrophy, and Huntington’s disease. Moving away from earlier, less effective technologies like fluorescence in situ hybridization (FISH) and toward newer molecular tools like DNA microarrays and next-generation sequencing has resulted in significant advancements in PGD analysis. Reduced utilization of Day 3 blastomere biopsy in favor of polar body or Day 5 trophectoderm biopsy has started to yield better outcomes. 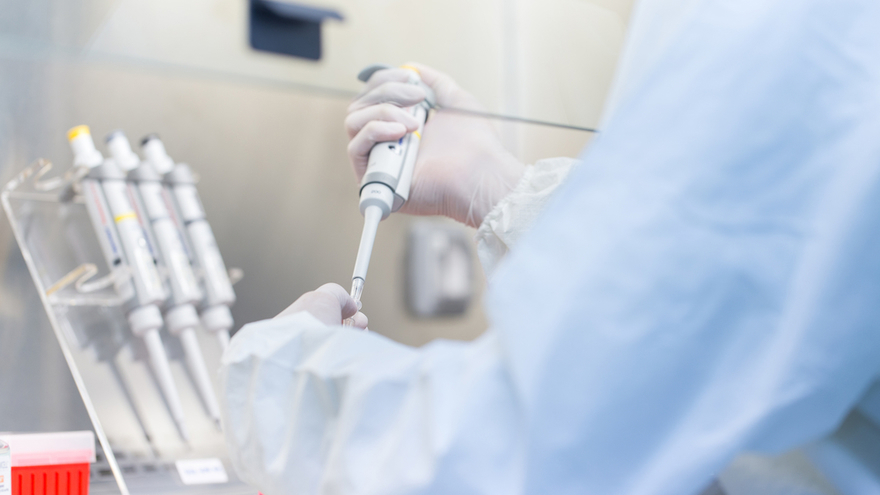 Preimplantation genetic testing offers an alternative to conventional postconceptional diagnostic techniques (such as amniocentesis or chorionic villus sampling), which are often followed by the difficult option of terminating a pregnancy if the findings are unfavorable. PGD and PGS are now the sole alternatives for avoiding a high chance of a child being born with a genetic illness before implantation. It's an appealing way to prevent inherited genetic disorders and avoid the problem of having to terminate a baby due to a negative prenatal diagnostic. 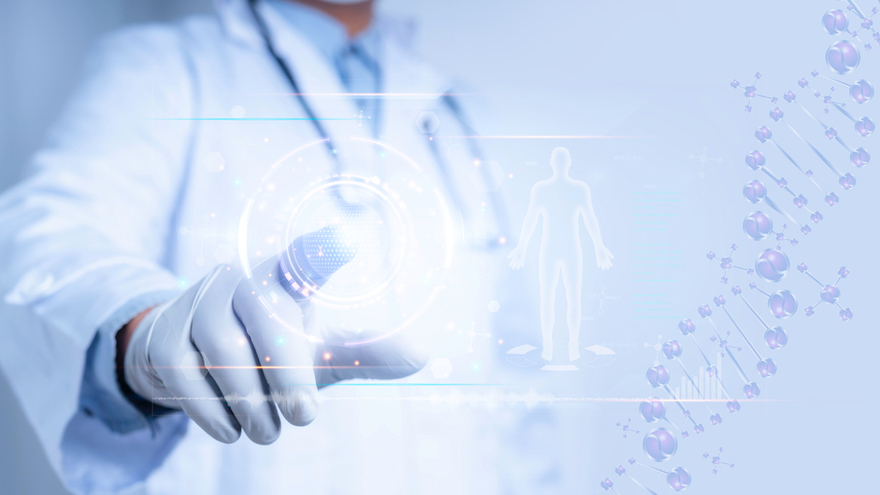 When a couple is at risk of passing on a known genetic defect to their children, preimplantation genetic diagnostic (PGD) is recommended. Only healthy and normal embryos are implanted into the mother's uterus, lowering the danger of passing down a genetic defect and preventing late pregnancy termination (after a positive prenatal diagnosis). Aneuploidy is the cause of the majority of early pregnancy losses. The likelihood of first and second-trimester loss is significantly lowered since only chromosomally normal embryos are placed into the uterus. There is currently no comprehensive list of indications for preimplantation genetic diagnosis (PGD).

The following are some of PGD’s primary candidates:

X-linked disorders are passed down to a child through a carrier mother. They are transmitted through an aberrant X chromosome and manifest in sons who do not inherit the father's normal X chromosome. Because the X chromosome is passed down through the mother to offspring/embryos, affected men produce unaffected sons, but their daughters have a 50% chance of being carriers if the mother is healthy. Hemophilia, fragile X syndrome, most neuromuscular dystrophies (about 900 neuromuscular dystrophies are documented), and hundreds of other diseases are all sex-linked recessive diseases. Rett syndrome, incontinentia pigmenti, pseudohypoparathyroidism, and vitamin D-resistant rickets are all sex-linked dominant illnesses.

The last group includes chromosomal diseases in which fluorescent in situ hybridization (FISH) can identify a variety of chromosomal rearrangements, such as translocations, inversions, and deletions. FISH uses telomeric probes that are specific to the loci that are being studied. Because prior conceptions resulted in chromosomally imbalanced embryos that spontaneously miscarried, some parents may never have been able to produce a successful pregnancy without PGD.

Candidates should see a geneticist or a genetic counselor before requesting a preimplantation genetic diagnosis (PGD) to assess the risk of passing their genetic defect on to their children. Tests should be undertaken to establish the affected parent's diagnosis, identify the genetic alteration that causes the disorder, and ensure that the currently available technology can detect that genetic change in a polar body, cleavage state, or blastocyst embryo biopsy.

Patients must undergo in vitro fertilization (IVF) in order to obtain embryos for biopsy for PGD/PGS. Embryos are permitted to develop into cleavage-stage embryos after fertilization with sperm. A single blastomere is taken from the developing embryo on day 3 after egg retrieval for genetic testing. PCR, FISH, or comparative genomic hybridization (CGH) are used to assess genetics. After that, non-affected or normal embryos are put into the uterus for implantation and conception. The following are the steps of IVF in order: 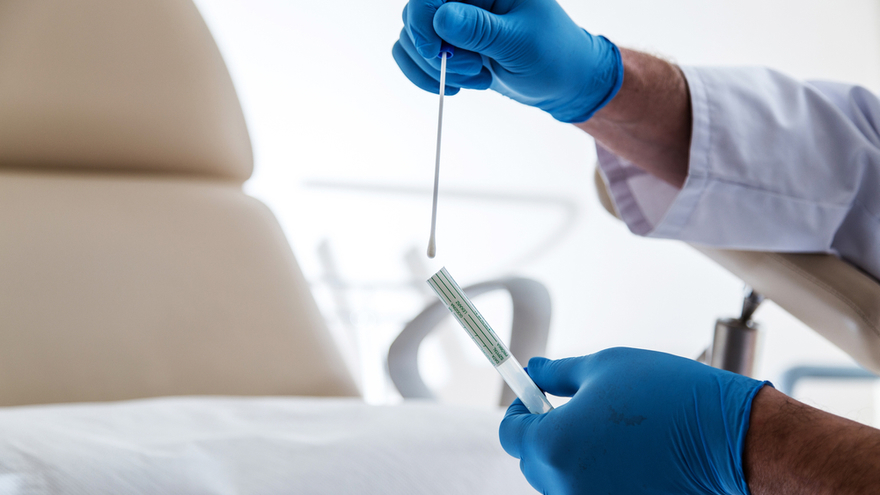 A cleavage-stage embryo biopsy is performed in most clinics. However, one of the three procedures mentioned below can be utilized for PGD.

Because polar bodies can only provide information about the mother, chromosomal abnormalities that develop after fertilization (when the sperm hits the egg) are not discovered.

The most frequent method for PGD/PGS is to biopsy a single blastomere from a day 3 embryo, which permits a single blastomere to be extracted from a developing embryo. Blastomere removal is a technically difficult process. The embryologist’s aim is to extract an intact cell with minimal stress to the remaining embryo using an advanced microscope and micromanipulators.

To minimize blastomere-to-blastomere adhesion, a 6-10 cell embryo is cultured in calcium- and magnesium-free media for around 20 minutes before being isolated as a single cell.

A holding pipette is used to anchor the embryo on one side, while a tiny opening is produced within the zona pellucida to allow easy access to the blastomeres. This method of opening is known as assisted hatching. A dilute acidic Tyrode solution, a laser, or a sharp curette can all be used to help with assisted hatching. A pipette is inserted through the tiny opening and focused on the blastomere of choice, which has a visible nucleus. After that, the blastomere is softly aspirated into the pipette and released into the medium.

The embryo is reintroduced to the incubator, now with one fewer blastomere, and placed in the proper culture media. Depending on the genetic disorder to be studied, the blastomere is next processed for FISH or PCR.

Because embryos might be mosaic, the blastomere obtained during the cleavage stage biopsy may not be totally representative of the entire embryo (i.e., the embryos may be composed of more than one type of cells).

The appearance of an inner cell mass and an outer cell mass, or trophectoderm, marks the start of blastocyst formation on day 5 after egg retrieval. The embryo consists of more than 100 cells at this stage of development. A hole in the zona pellucida is breached in the same way that a cleavage-stage embryo biopsy is breached, and cells are retrieved from the trophectoderm with a fine biopsy pipette. The inner cell mass remains intact. FISH or PCR analysis is used for genetic analysis.

Because of mosaicism, this method has the risk of obtaining cells from the trophectoderm that are not representative of the growing embryo (inner cell mass) (having multiple different types of cells). In addition, genetic/aneuploidy testing is required within 24-48 hours following the embryo biopsy; many embryos do not survive until embryo transfer due to the limited survival of embryos in the laboratory (6 days after egg retrieval). Biopsied blastocysts must therefore be frozen. 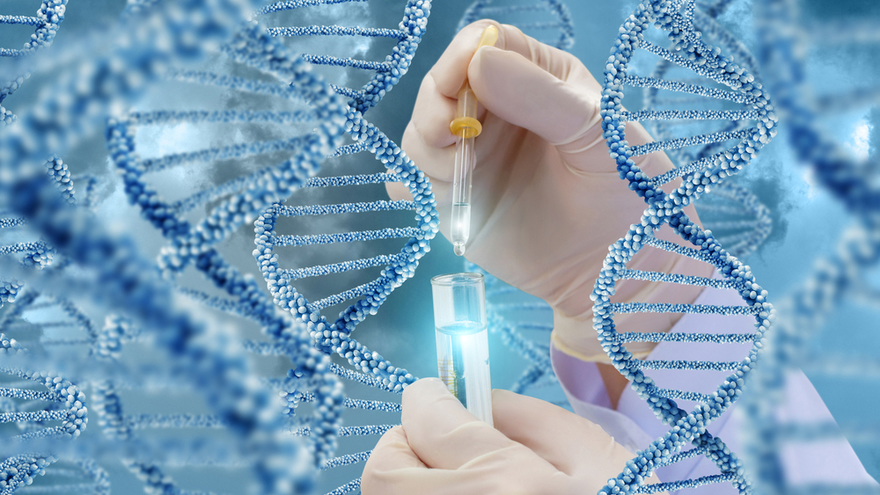 Risks of Baby Born after PGD

There is presently no convincing evidence to show that babies conceived by this method are at any higher risk of abnormalities than babies conceived through other methods of assisted reproduction.

PGD treatment does not appear to have any serious negative effects, according to several studies. There is evidence, however, that babies born through IVF are more prone to:

Long-term consequences are unknown due to a lack of follow-up data. It's critical to keep track of the progress of infants born after PGD in order to learn more about the treatment's potential effects.

New approaches for diagnosing monogenic disorders are rapidly emerging, some of which are particularly well suited to single-cell PCR, such as:

PCR product accumulation is assessed during cycling, while the PCR is in the exponential phase, rather than after the procedure is finished. This technique decreases allele dropout and delivers a more accurate picture of whether a single cell is homozygous or heterozygous.

This approach accurately detects single nucleotide polymorphisms (SNPs). SNPs are found throughout the genome as mutations or polymorphisms that don’t affect gene function. Small lengths of DNA amplification are considerably more efficient when starting from a single cell than larger fragments, hence SNP analysis is suitable for single-cell PCR.

Microarrays could be used to detect common genetic illnesses caused by many mutations, as well as in CGH to replace the metaphase spread, which combines a mixture of test and comparative DNA. The microarray sequence specificity would result in faster hybridization and computer analysis times than CGH, eliminating the requirement for polar body analysis or cryopreservation. Microarray CGH would also provide a higher resolution than metaphase spreads. More IVF clinics would be able to use microarray CGH for aneuploidy scram if the entire procedure could be computerized.

Prenatal diagnosis of genetic abnormalities has been accessible for decades, and it has significantly reduced the burden of these serious disorders. However, this necessitates the use of medical abortions, which is not widely accepted. The preimplantation genetic disease was developed with the goal of preventing the birth of a child with genetic problems without the need for abortion. PGD has gained widespread acceptability over the last decade, with thousands of PGD cycles completed and over 1000 normal, healthy children born as a result.

The PGD, like any powerful modern technology, has two sides and should be used according to strict ethical and legal guidelines. It is a labor-intensive and rather expensive method that requires a high degree of competence and can only work in tandem with a high-output successful IVF program and a cutting-edge genetic laboratory with single-cell diagnosis expertise. However, due to the huge possibilities in screening, diagnosis, and management of many types of genetic abnormalities, it has taken a significant place in preventive genetics programs.