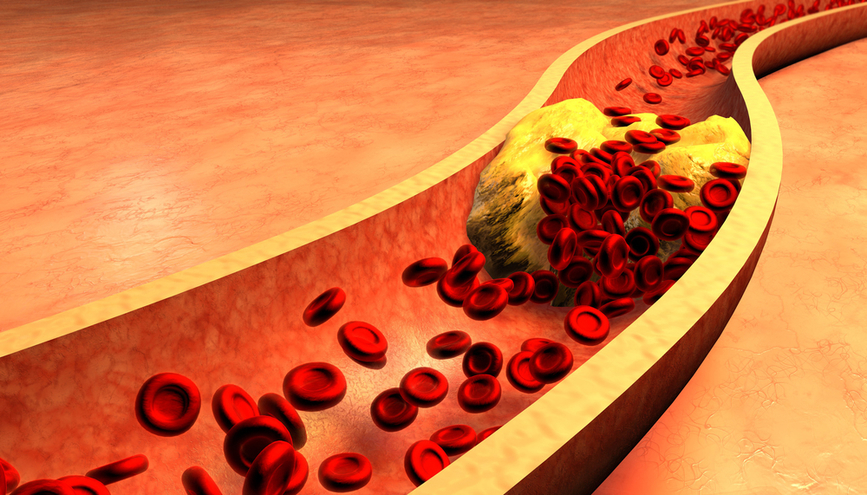 According to angiographic evidence, a chronic occlusion coronary artery or chronic total occlusion of the coronary artery (CTO) is when a coronary artery is completely blocked for a length of time more than or equivalent to three months. The TIMI (thrombolysis in myocardial infarction) flow grading method provides the levels of coronary blood flow obtained during coronary angiography with a scoring classification from 0 to 3. The following is the TIMI flow grading system:

According to angiographic evidence, a true chronic occlusion coronary artery is defined as a coronary artery that is completely blocked with zero TIMI flow; in contrast, a functional CTO is described as a coronary artery that is significantly stenotic but has TIMI 1 flow over a while longer than or equivalent to 3 months. Furthermore, in the absence of serial angiograms, it can be challenging to identify the exact time frame during which a chronic occlusion coronary artery lesion was present, Therefore, the date of the event that produced the occlusion is primarily estimated based on clinical data that is now accessible, such as a recent myocardial infarction or a sudden shift in anginal symptoms with ECG abnormalities corresponding with the location of the occlusion. The duration of the CTO cannot be accurately estimated in many patients, though.

About one-quarter to one-third of individuals having diagnostic coronary angiography had CTO lesions. However, because a fraction of individuals with CTO lesions are asymptomatic or barely symptomatic and never receive definitive coronary angiography, the true frequency in the general population is unknown. Patients who have undergone coronary artery bypass graft surgery are more likely to develop CTOs in their native vessels (50 to 55 percent). Contrarily, ST-elevation myocardial infarction (STEMI) individuals are less likely to have a CTO (9 to 11 percent). 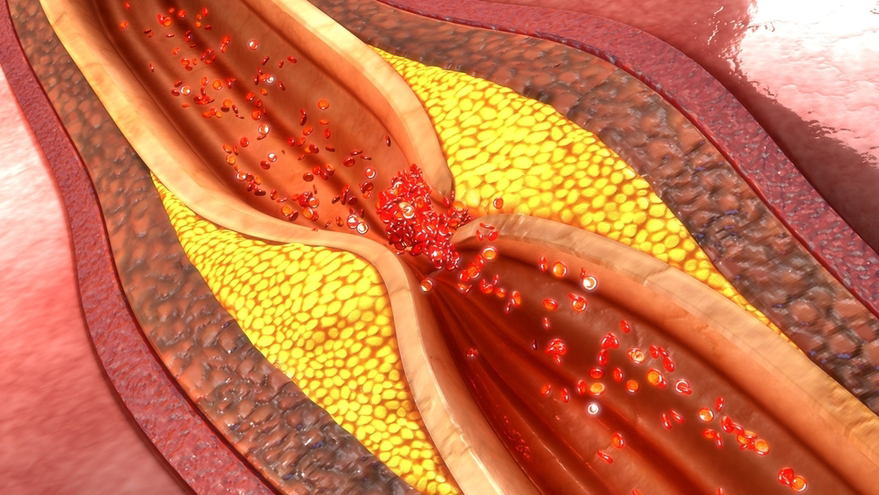 Numerous factors contribute to the pathogenesis of coronary artery disease, which can lead to CTO lesions. These factors include endothelial dysfunction, cholesterol buildup, and elevation of immune and inflammatory markers (cytokines, leukocytes, and high sensitivity C-reactive protein). The intima typically begins to accumulate smooth muscle cells, which then leads to macrophage accumulation, which causes pathologic intimal thickening and the progression of lesions.

Calcium, lipids (both intracellular and extracellular), smooth muscle cells, an extracellular matrix, and neovascularization are frequently present in the histopathological characteristics of a CTO lesion. At the proximal and distal ends of occlusions, there is frequently a high concentration of collagen-rich fibrous tissue that contributes to a columnar lesion of calcified, tough fibrous tissue enclosing a softer core of organized thrombus and lipids. Lesion types include soft, hard, and mixed lesions. Soft plaques, which are more common in occlusions less than 12 months old, are made up of foam cells and cells laden with cholesterol. Hard plaques, which are distinguished by dense fibrous tissue with fibrocalcific areas without neovascular channels, are more common in occlusions older than 12 months.

The following are risk factors for chronic occlusion coronary artery lesions in patients: 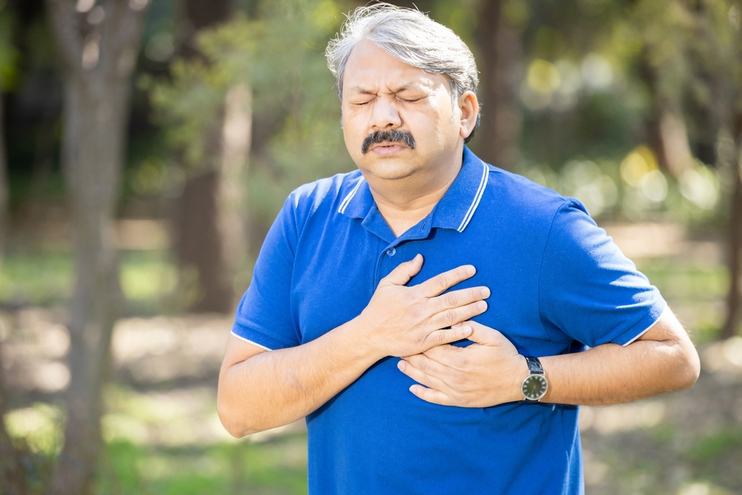 The history should include non-cardiac causes of the patient's symptoms, such as pulmonary embolism, aortic dissection, pneumothorax, esophageal rupture, or perforated peptic ulcer, as well as risk factors for cardiovascular disease (diabetes, tobacco use, hypertension, and hyperlipidemia). The physical assessment of these patients should include thorough auscultation of the heart and lungs as well as evaluation for heart failure manifestations such as ascites, hepatojugular reflex, jugular venous distention, and Kussmaul sign.

History taking and a physical examination are important parts of assessing a patient who exhibits ischemic heart disease symptoms and signs. Vital signs (such as heart rate, blood pressure, temperature, and respiratory rate), a review of the patient's prescription list, and an electrocardiogram (ECG) should all be performed. The patient should be evaluated for any underlying or coexisting valvular heart disease or heart failure during this time.

As part of their initial assessment, a healthcare professional should take thyroid function tests, pulmonary function testing, baseline blood work, including cardiac enzymes, chest X-rays, and echocardiography into account. If the initial assessment and evaluation are done quickly, intravenous access should be acquired, and the patient should be given nitrates and aspirin (162 to 325 mg) if there are no contraindications. Patients should be put on a heart monitor if one is available, and their requirement for extra oxygen should be determined using pulse oximetry.

CTO revascularization has been found to greatly enhance patients' quality of life and lessen angina symptoms, but it has not been demonstrated to benefit rates of all-cause mortality, myocardial infarction, stroke, or repeated revascularization. To objectively show areas of ischemia or viability fed by the CTO vessel, symptoms are also used together with nuclear medicine stress tests or myocardial viability studies. According to current recommendations, individuals with single-vessel CTO lesions who have left main artery disease, proximal LAD disease that supplies a viable anterior wall, or three-vessel disease in people with insulin-dependent diabetes, severe left ventricular impairment, or chronic kidney disease should have coronary artery bypass surgery.

After a detailed discussion regarding the risks and advantages of CTO PCI for the patient, informed consent is required before the procedure in patients who meet the criteria for a CTO PCI. A favorable outcome for PCI in CTO lesions is when the procedure achieves TIMI-3 flow and there is less than 50% residual stenosis in the vessel. This is because CTO lesions are challenging to treat.

Operators have access to a variety of scoring systems to estimate technical success in CTO lesions. The J-CTO score, which was developed using the Chronic Total Occlusion Registry in Japan, is one of the most widely used scoring systems. A J-CTO score, which includes five independent variables including calcification found within the CTO segment, a greater than 45-degree bend within the CTO segment, a prior unsuccessful PCI attempt, and blunt stump appearance of the proximal cap of the occlusion, is used to predict the likelihood of crossing the CTO lesion within 30 minutes. The probability of crossing within 30 minutes was found to be 88 percent, 67 percent, 42 percent, and 10%, respectively. Each of these independent factors carries 1 point in the J-CTO score; zero is considered easy, one is deemed to be intermediate, two is considered difficult, and greater than or equal to three is considered very difficult. 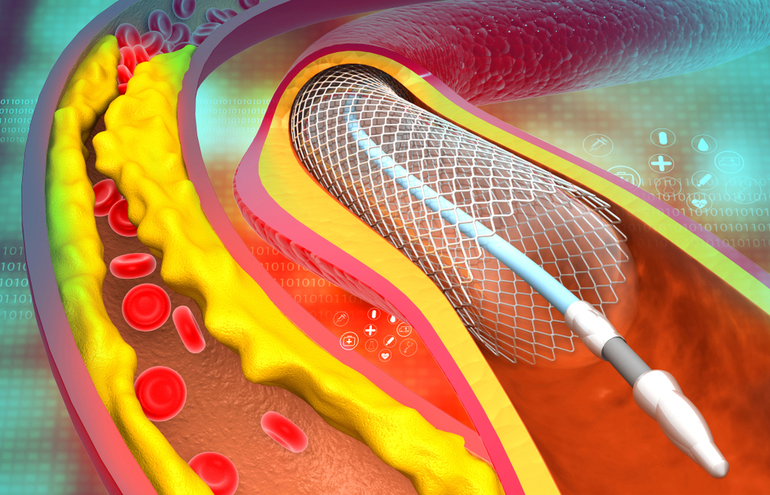 The target vessel plays an important role in a successful chronic occlusion coronary artery PCI and an improvement in survival. Only CTO PCI of the LAD appears to be linked to increased long-term survival thus far. Suero et al. reported an improved procedural and long-term outcome from a 20-year experience with CTO PCI, which was consistent with more recent data from Aziz et al. who identified CTO failure as an independent predictor of death and a greater likelihood of follow-up CABG (3.2 vs. 21.7 percent). Jones et al. (6996 patients underwent elective PCI for stable angina with 12 percent for CTO) and Mehran et al. (long-term clinical outcomes in 1791 patients who underwent PCI of 1852 CTOs) both demonstrated an association between successful CTO revascularization and decreased long-term cardiac mortality (all-cause mortality: 17.2 percent for unsuccessful CTO PCI vs. 4.5 percent for successful CTO PCI and 8.6 vs. 6.0%, respectively) and the necessity for CABG operation at a 5-year follow-up. However, other studies failed to find a mortality advantage for successful CTO PCI in comparison to unsuccessful PCI.

According to the Swedish Coronary Angiography and Angioplasty Registry (SCAAR), CTO was found to have the highest risk for patients under the age of 60 and was linked to an increase in overall mortality. Additionally, the STEMI subgroup had the highest incidence of CTO, and neither diabetes nor sex was found to interact with CTO, according to the authors. 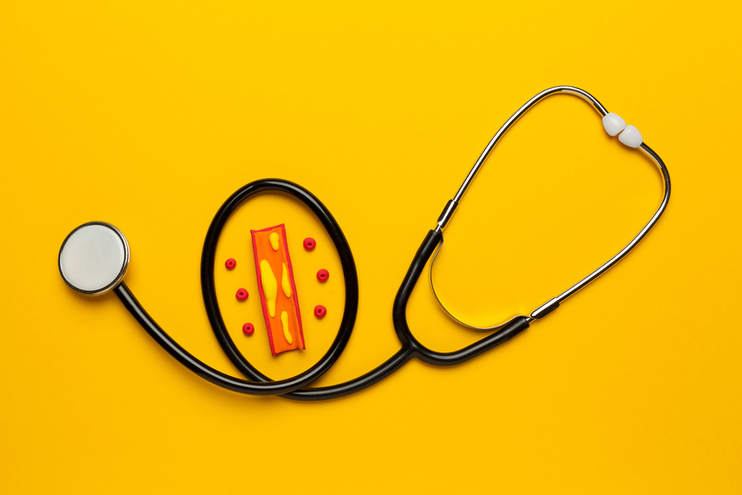 Data analysis of the National Cardiovascular Data Registry-Cath PCI Registry in the United States revealed higher in-hospital major adverse cardiovascular event frequency (1.6 versus 0.8%), which included death (0.4 versus 0.3%), acute stroke (0.1 versus 0.1%), cardiac tamponade (0.3 versus 0.1%), MI (2.7 versus 1.9%), and urgent CABG surgery (0.8 versus 0.4%) in 22,365 patients who did not undergo the procedure. In this registry, CTO PCIs also had a decreased procedural success rate (59 percent vs. 96 percent).

Another multicenter registry (OPEN-CTO) from 12 CTO-PCI centers investigated success rates, complication rates, and health status benefits after one month for 1,000 consecutive patients receiving CTO PCI. CTO PCIs had an 86 percent success rate, a 0.9 percent in-hospital mortality rate, and a 1.3 percent one-month mortality rate. Treatment was necessary for coronary perforations in 4.8% of the patients. Major adverse cardiovascular events made up 7% of all cases, myocardial infarctions 2%, acute renal injuries 0.7, and stroke 0%. 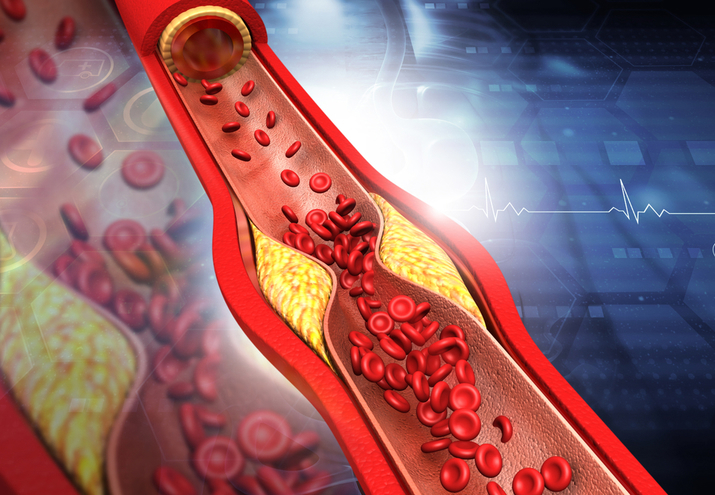 In the United States, where it affects about 18 million adults, coronary artery disease (CAD) is the main killer and the most prevalent form of heart disease. It happens when coronary artery plaque develops, decreasing the amount of blood that gets to the heart.

But it's crucial to be aware that the degree of coronary artery blockage varies depending on the individual. A total occlusion occurs when a coronary artery is fully blocked, as opposed to only narrowed. Additionally, a complete blockage is known as a chronic total occlusion, or CTO, if it persists for three months or more. In addition to being more susceptible to heart attacks and other major heart conditions, people with CTO may experience fatigue, shortness of breath, and chest pain.

It's typical to have chronic occlusion coronary artery. One in five people who have coronary angiography, an imaging procedure used to evaluate blood flow through the arteries, may experience it. Fortunately, some therapies can ease symptoms including discomfort and tightness in the chest.

The treatment of a CTO is more complicated than a typical coronary angioplasty. The path of the artery is frequently not completely obvious because it is completely occluded. Two catheters are typically inserted, one to show the artery's forward course and the other to show collateral blood flow from other vessels to the affected area. These two areas are reconnected using specialized methods, frequently by the installation of stents. For the best, most permanent results, multiple procedures may occasionally be necessary.