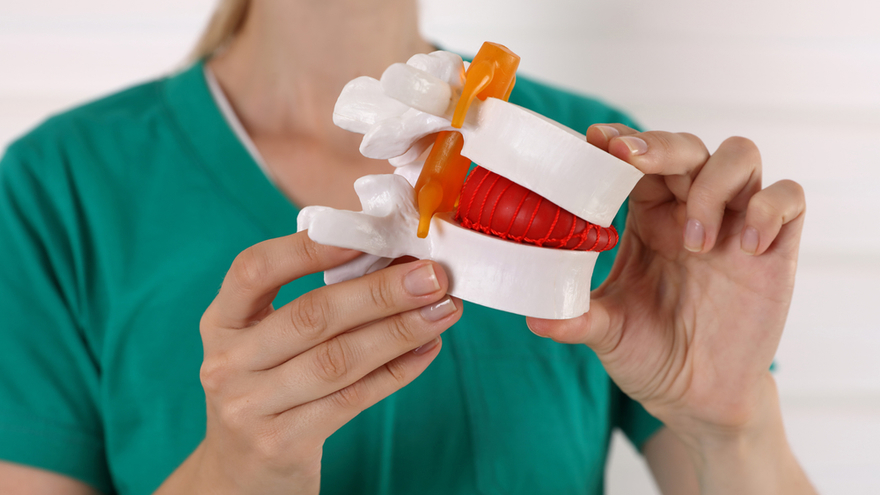 Degenerative disc disease (DDD) is a condition in which the disc gradually loses its ability to function, resulting in decreased range of motion (ROM) and back pain. Aging, mechanical stress, and some hereditary factors have all been linked to DDD. The disc is an avascular structure, making it vulnerable to damage and unable to regenerate reliably. This helps to explain why DDD is so common.

The disc is capable of acting as a shock absorber between the vertebrae in terms of physiology. It also helps to preserve spinal alignment and increase the range of motion. Loss of alignment causes stress across the facet joint, impingement on neural structures, and pressure on the paraspinal muscles due to intervertebral disc degeneration and collapse. DDD can occur anywhere along the spine, although it is more frequent in the cervical and lumbar regions, resulting in neck and back pain. Despite the fact that it is disabling, the majority of people achieve gradual relief of symptoms without the need for surgery.

In 25–30% of patients with DDD, conservative treatment fails. Discectomy and spinal arthrodesis have historically been the surgical choices. Although arthrodesis is successful at managing pain, it is linked to a number of problems that can have a negative effect on health outcomes. Pseudarthrosis and instrumentation failure are well-known and well-studied consequences of arthrodesis surgery. Furthermore, vertebral fusion lowers spinal ROM and transfers spinal stresses to surrounding vertebrae. This unbalanced load distribution contributes to the occurrence of adjacent segment disease (ASD). Disc arthroplasty is a treatment for DDD that tries to avoid the problems associated with fusion. It is a well-known surgical procedure that has been researched for more than two decades. The basic idea behind disc arthroplasty is to remove the painful disc and restore painless spine movement. Furthermore, one of the goals of arthroplasty is to imitate the biomechanics of a normal disc in order to allow for harmonic load distribution across the spine and prevent ASD.

Patients with degenerative disc disease who did not respond to nonsurgical treatments had little choice except to undergo spinal fusion surgery in the past. Patients now have an artificial disc replacement option, thanks to substantial developments in surgery and implant technologies, that can lessen the risk of problems associated with a spinal fusion. 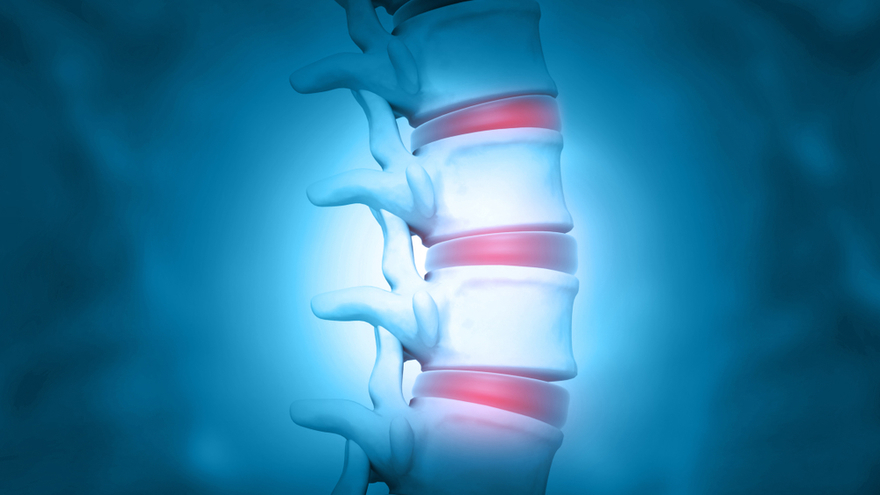 Artificial disc replacement can be done in five different ways. The following are the most often conducted types: 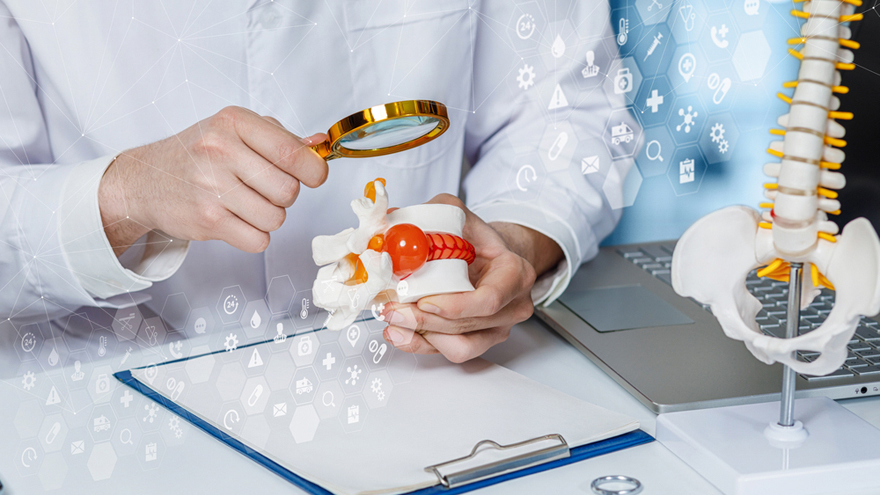 Composite, hydraulic, elastic, and mechanical discs are the four types of discs now being examined and tested. Each category is described in detail.

If you're considering a disc replacement, your surgeon will talk to you about whether you're a good candidate and which type is best for you. 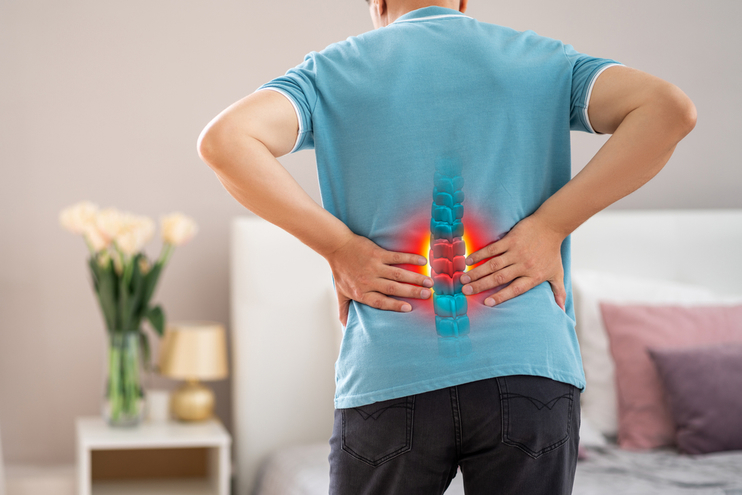 Lower back or spine surgery is known as lumbar disk replacement. The bones in your spine are called vertebrae, and they are placed on top of each other. The disks between the vertebrae act as cushions, allowing the vertebrae to rotate and move without rubbing against one another. At the bottom of your spine are the lumbar vertebrae and discs. A damaged or deteriorated disk within the lower region of your spine is replaced with a prosthetic disk made from metal or a mixture of metal and plastic. 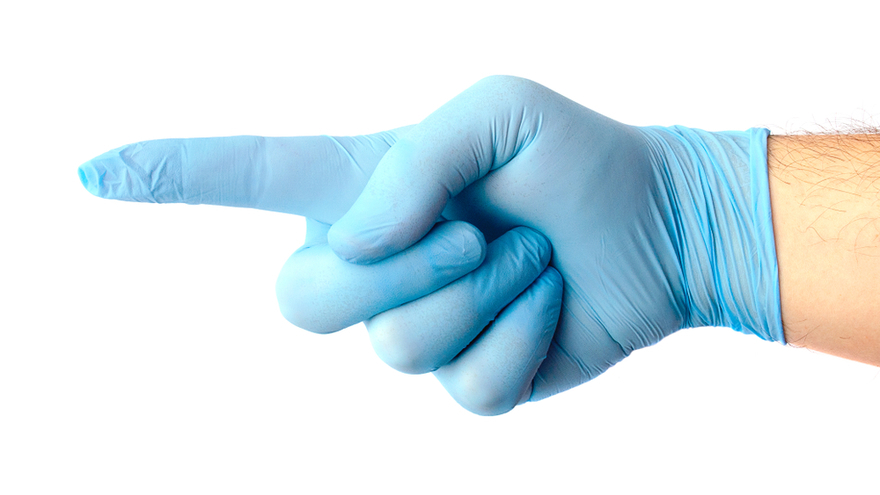 Before considering disc replacement, patients with chronic back pain and lumbar radiculopathy should be carefully evaluated. Before considering surgery, all conservative treatment options (rest, medications, physiotherapy, steroid injections) should be tried. The most frequent reasons for lumbar disc replacement include intractable radicular leg pain and neurological impairments (tingling, numbness, weakness, loss of balance, coordination, or walking) produced by a damaged disc. Patients require an MRI to visualize the structure of the intervertebral discs and nerve roots in addition to a complete neurological assessment. Flexion/extension x-rays are commonly used to determine the afflicted segment's mobility. To exclude inflammation in the facet and sacroiliac joints, a SPECT/CT scan may be required.

If MRI reveals issues with many discs, clinical correlation, neurophysiological testing (EMG and nerve conduction tests), diagnostic nerve blocks, or provocative discography will be needed to determine which level is the primary source of the problem.

The patient always has the final say on whether or not to have surgery.

Lumbar disc replacement is only allowed for use at one level in Australia, the United States, and many other locations. Private health insurance does not cover two-level disc replacement. Insurance companies may consider funding in exceptional circumstances. A hybrid surgery is usually performed to treat two-level degeneration, in which one disc is replaced and the other is fused.

It can be utilized for a patient who meets the MBS criteria:

total For young patients with disc-related persistent back pain lasting more than 6 months and no severe facet joint degeneration, deformity, instability, or osteopenia, lumbar disc replacement may be a viable alternative to fusion. A symptomatic neighboring segment disease above or below the prior fusion can also be treated with disc arthroplasty.

In patients younger than 16 years old (skeletally immature), substantial osteoporosis (low bone density), limited motion due to segmental fusion (e.g., ankylosing spondylitis), an active infection, or advanced cancer, the treatment should be avoided. It is not recommended if the afflicted level has aberrant motion (e.g., spondylolisthesis with translation on flexion/extension lateral x-ray views) or instability. The purpose of lumbar disc replacement arthroplasty is to conserve rather than recreate motion, and serious degeneration of the facet joints, as seen by loss of mobility on flexion/extension x-rays or considerably reduced disc height (less than 3-4 mm), would suggest a fusion of. Lumbar disc replacement cannot consistently treat kyphotic or scoliotic spinal deformities. Back pain due to facet arthropathy is more common in patients with a high pelvic incidence (greater than 65°) and may not react well to a disc replacement. Certain vascular anomalies or disorders may also be contraindicated, making the necessary surgical technique risky. During preoperative planning, allergies to the device's material should also be taken into account. 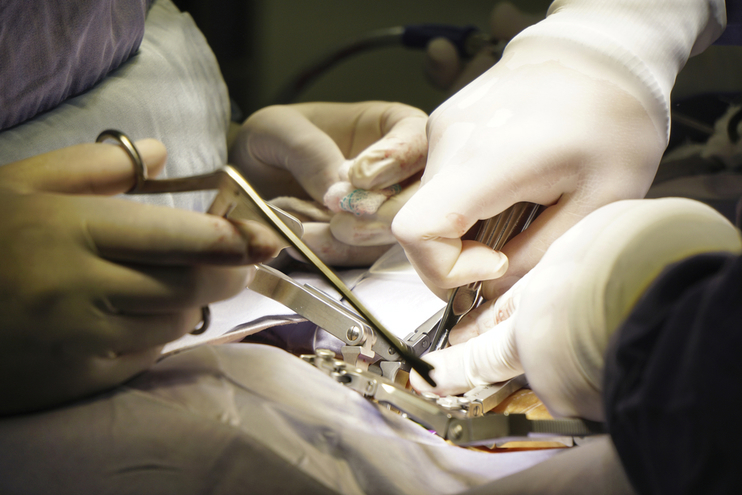 The majority of artificial disk replacement procedures last between 2 and 3 hours.

Through an incision in your abdomen, your surgical team will reach your lower back from the front. Organs and blood vessels must be shifted to the side with this method. This permits your surgeon to operate on your spine without having to move your nerves. A vascular surgeon usually helps the orthopedic surgeon access and expose the disk space.

During the operation, your surgeon will remove the damaged disk and replace it with an artificial disk implant.

Although this technology is still in its early stages, certain disk replacement devices replace the nucleus (core) of the intervertebral disk while leaving the annulus (outside ring) in place.

Total artificial disk replacements, in most cases, replace both the annulus and nucleus with a mechanical system that mimics spinal function.

A variety of disk designs are available. Each one is different, but they all have the same goal: to imitate the structure and function of a normal intervertebral disk.

Some disks are metal, while others are a combination of metal and plastic, similar to knee and hip joint replacements. Medical-grade plastic (polyethylene) and medical-grade cobalt chromium or titanium alloy are employed. Your surgeon will discuss the appropriate disk design for you with you. 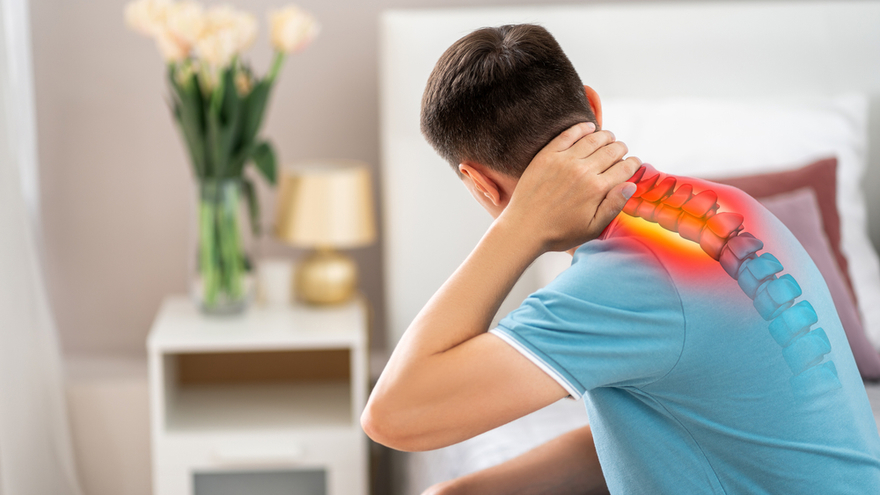 A damaged cervical disk is removed and replaced with an artificial disk during cervical disk replacement surgery. The problematic disk was removed and the vertebrae above and below were cemented together to restrict motion before this treatment was available.

A novel type of treatment that has lately been approved by the FDA is the use of an artificial disk to replace your original cervical disk. Compared to typical cervical disk surgery, disk replacement surgery may allow for more motion and less stress on your remaining vertebrae.

Unless the technique is considered to have a strong likelihood of curing persistent neck and/or arm pain, cervical artificial disc replacement (ADR) surgery is usually not indicated.

The candidate must have achieved maximum skeletal maturity (no further bone development) while still being healthy enough for the procedure's advantages to outweigh the hazards. Typically, cervical ADR candidates are between the ages of 20 and 70.

Even when cervical artificial disc replacement surgery is a possible option, the decision to undergo surgery is nearly usually left to the patient. 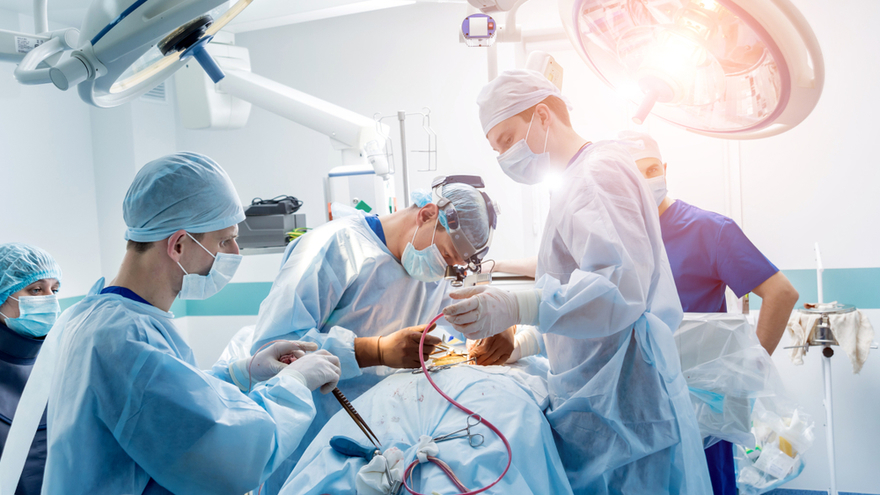 An anterior (from the front) approach to the cervical spine is the typical surgical method for a cervical ADR. This anterior surgical approach is the same as that utilized to remove the injured disc during anterior cervical discectomy and fusion (ACDF) surgery. A single-level cervical ADR operation typically takes around an hour to complete.

The following are the steps in a single-level cervical ADR surgery:

The patient may be transferred to an observation room for an hour or two after the surgery waiting for the medications to wear off. 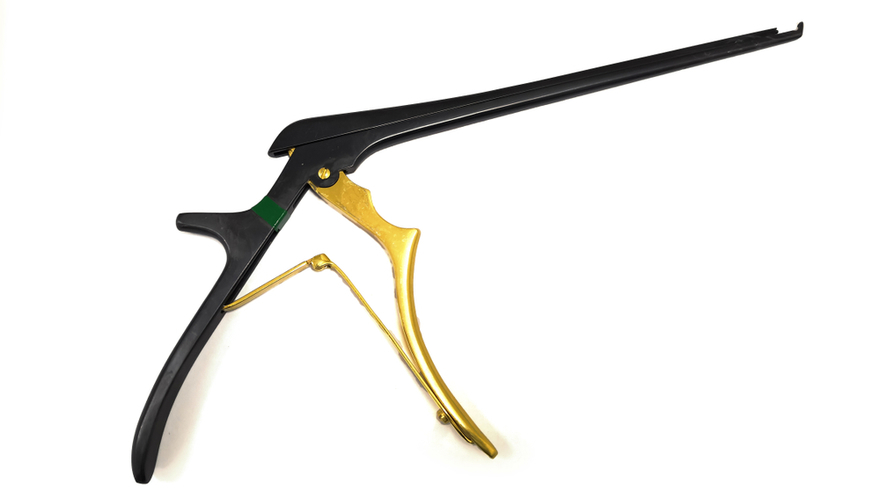 For many years, the only choice for people with this problem was spinal fusion; however, spinal fusion causes increased wear and tear in the surrounding parts of the spine. Although spinal fusion is successful and safe, it ultimately impairs the human spine's dynamics and biomechanics. This warns that the patient's long-term flexibility and mobility may be jeopardized.

Artificial discs have progressed to the point where they are now regarded as an effective and safe therapeutic option for spinal disc degeneration after more than ten years of development.

The current M6 artificial spinal discs are a highly effective alternative to the more traditional procedure of spinal fusion surgery.

Artificial spinal discs have the ability to maintain spinal column motion, approaching that of a typical healthy spine.

What can you expect from a synthetic spinal disc? These prosthetic discs aid in improving mobility in a section of the spine damaged by disk degeneration. 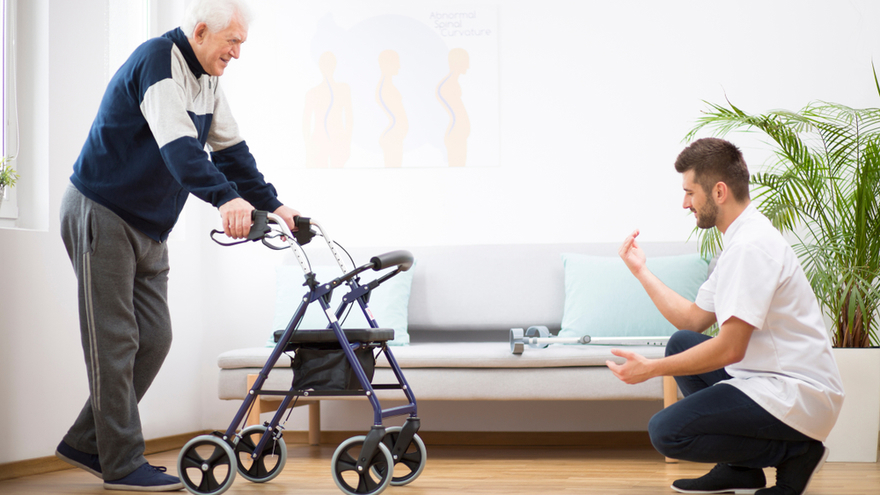 There are usually no significant limitations on activity following spinal disc replacement. Unassisted walking is usually possible and recommended on the day following surgery. A disc prosthesis operation requires a 2- to a 5-day hospital stay.

The patient will be discharged once the surgical wound has healed properly. For six weeks, a specific corset must be worn. The patient can usually resume a good competitive and recreational life after that period.

Immobility and rest during the recovery period affect the disc prosthesis in both the lumbar and cervical spine, as well as the surrounding muscles. As a result, the patient should follow a structured rehabilitation program to strengthen the supporting muscles.

Following lumbar spine replacement surgery, in-house rehabilitation therapy in a specialized rehabilitation facility is advised for up to three weeks.

Disk replacement has resurfaced in the field of spine surgery with the introduction of new generation implants. There is a lot of evidence in the literature that shows disk replacement has a better prognosis than fusion surgery. The overall trend in studies shows that disk replacement patients decline in the same way that fusion patients do, although at a much later time. The most difficult aspect of disk replacement surgery is optimizing the available implants to reduce wear and increase durability.