Otoplasty, or ear surgery, can enhance the form, location, or proportion of the ear. Otoplasty can fix an ear structural deficiency that is present at birth or becomes obvious throughout growth. This treatment can also be used to repair misaligned ears caused by damage.

Otoplasty restores harmony and symmetry to the ears and face by shaping them more naturally. Even small defects can have a significant impact on looks and self-esteem. If you or your kid are bothered by bulging or disfigured ears, you may want to explore cosmetic surgery. Many patients are dissatisfied with the shape, size, or excessive protrusion of their ears and wish to have these aesthetic concerns addressed. As long as their ears are completely grown, children as young as five years old (and in certain situations, even younger) are eligible for otoplasty treatments.

Otoplasty is a cosmetic operation that uses permanent sutures to adjust the location, shape, or size of the ear. The most common reason for otoplasty is to address prominauris (protruding ears).

Some patients and parents, understandably, may be concerned about pain or discomfort, as well as recovery durations. During your introductory meeting, speaking with your otoplasty surgeon should help clear up any misconceptions and answer any of your questions. However, if you are thinking of having this treatment done on yourself or your child, there are a few things you should know about otoplasty recovery beforehand. 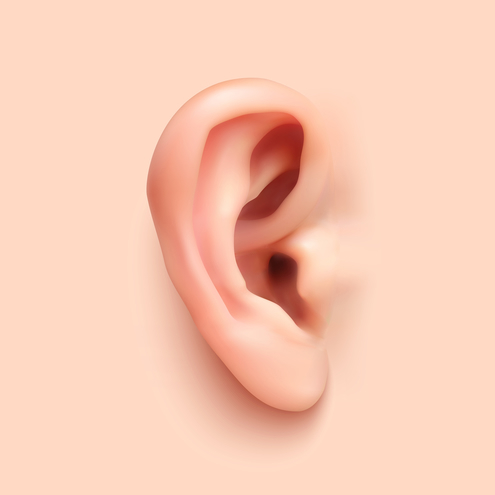 Before undergoing ear surgery, a basic grasp of embryology and anatomy is required. The development of the ear begins with the otic placode, which appears during the third week of pregnancy. Week 7 sees the development of cartilage. By week 12, the hillocks of His have fused, and the antihelix has furled between weeks 12 and 16. Finally, at 6 months, the helix furls. His hillocks are numbered one through six, and they are as follows: tragus, helical crus, helix, antihelix, antitragus, and lobule. The first three hillocks are caused by the first pharyngeal arch, whereas hillocks 4, 5, and 6 are caused by the second pharyngeal arch. 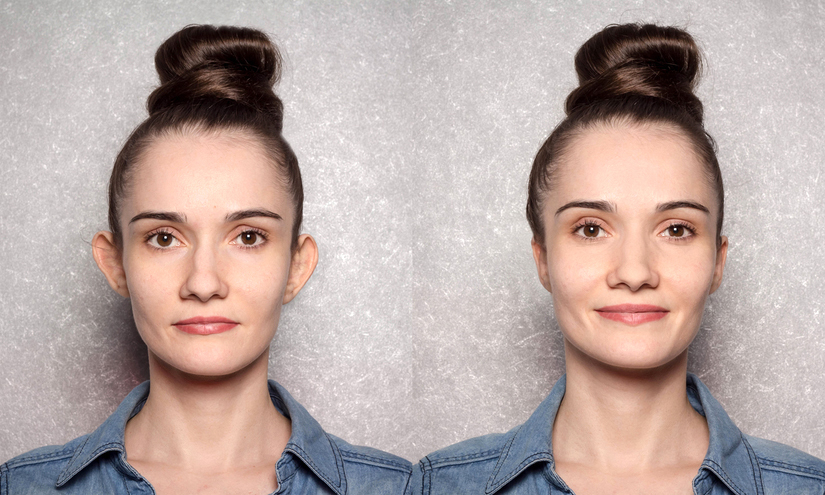 The ear is a complicated element of anatomy. Six distinct swellings on the side of the embryo's skull form the external ear. When these swellings fail to develop or fuse together, they cause a wide range of ear abnormalities. Even when the pinna (the soft exterior ear) forms regularly, the ear requires a sequence of folds to create its ultimate shape.

The most common cause of prominent ears is a failure of the ear's edge to fold backwards. Folding issues might affect the entire pinna or be limited to the top of the ear. Without this fold, the ear's internal cup stretches out to the edge, extending the ear's edge out from the skull. The fold's creation is critical to the establishment of a less prominent, aesthetically attractive ear.

Because of its expanded size, the ear is sometimes visible. The middle cup of the ear is most typically overdeveloped. As a result, there is a conspicuous center cup that either overpowers a typically folding ear or contributes to the issues produced by the lack of a rim fold. The two issues exacerbate one other, increasing the overall importance. With big ears, a standard fold may not be sufficient, and some cartilage may need to be excised.

When the ear grows correctly but is turned forward and away from the head, this is the least prevalent cause of prominent ears. This anatomic variance can exacerbate the folding and size issues mentioned above, but it requires extra therapy for best outcomes. As with other plastic surgery procedures, the outcome is dependent on obtaining the accurate diagnosis and meticulously treating each issue.

Other Shapes of Otoplasty

By far the most common cause for otoplasty is prominent ears; nevertheless, otoplasty is also performed for various ear abnormalities, such as: 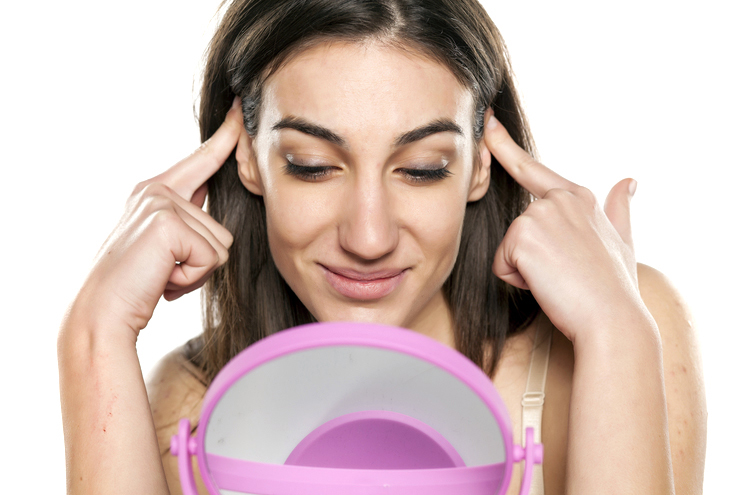 Otoplasty is often safe and effective, with high patient satisfaction. In fact, researchers in Germany discovered that after undergoing otoplasty to lessen the prominence of their ears, respondents felt they had a higher quality of life. The average cost of otoplasty in the United States in 2020 was $3,220, depending on the provider and the kind of intervention chosen.

Because otoplasty is solely cosmetic, insurance seldom covers treatment. However, insurance will cover reconstructive surgery for traumatically injured ears as well as operations in infants born with significant abnormalities or congenital ear absence.

It is critical to have reasonable expectations of what otoplasty may accomplish. Although it might make the ears appear less prominent, complete symmetry is not always attainable.

What are Indications of Otoplasty? To recognize the reasons for otoplasty, one must appreciate face analysis. The pinna is best positioned 15 to 20 mm from the helical rim to the scalp. Prominauris, the most common reason for otoplasty, occurs when the auriculocephalic tilt exceeds 30 degrees. The optimal auriculocephalic angle is between 20 and 30 degrees. Furthermore, the vertical height of the ear should be around six millimeters.

The breadth of the external ear should be around 55% of his length, averaging 35 millimeters. The space between the lateral helix and the mastoid skin should be between 2 and 2.5 cm. Further face inspection reveals parallel lines in the plane of the nasal dorsum and the long axis of the ear. The external ear should be rotated around 15 degrees posterior to the vertical plane. The ear should be the same length as the nose from the nasion to the subnasale.

Multiple cranial nerves innervate the external ear, including the auriculotemporal nerve from the trigeminal nerve, the facial nerve, the glossopharyngeal nerve, Arnold's nerve from the vagus nerve, and nerves from the second and third cervical plexuses. As a result, obtaining enough local anesthetic might be problematic. The superficial temporal artery, posterior auricular artery, and smaller occipital arteries all give blood to the external ear.

Prominauris is the most common reason for otoplasty, affecting around 5% of Caucasians. This auricular disorder is autosomal dominant, and many patients describe a family history of it. Prominauris is caused by two primary factors: a poorly formed antihelical fold and an abundance of conchal cartilage. The most prevalent reason is a poorly formed antihelical fold, with abundant conchal cartilage coming in second. The procedure should be performed between the ages of 5 and 6 years old, when the ear has grown to 90 % of its adult size and the cartilage has stiffened.

Things to consider before Otoplasty

Before you decide to get otoplasty, bear the following points in mind:

What happens during surgery? Depending on the intricacy, otoplasty surgery takes one to three hours. A local anaesthetic and sedation are options, although some patients prefer a general anaesthetic. Children are frequently given general anesthesia.

The Mustarde method is used to address the undeveloped antihelical fold. When inspecting the ear, the surgeon should use light pressure to establish the desired antihelical fold. Then, 8 mm on either side of the new antihelical fold, indicate mattress suture sites. Hydrodissection with local anesthetic is essential for promoting anesthesia and hemostasis; 1% local lidocaine with epinephrine 1 to 100,000 is a common local anesthetic. To indicate the suturing cartilage location, a cartilage tattoo with methylene blue might be performed.

To allow access for the sutures, a postauricular incision is performed. There is an option to score the cartilage, which can assist weaken it and cause it to lose its flexibility. The horizontal mattress sutures should be three independent sutures spaced about 10 mm apart from superior to inferior. The Furnas method is used to remove extra conchal cartilage. Four permanent conchomastoid sutures are used in this method. These sutures must pass through the lateral perichondrium and into the mastoid periosteum, avoiding the anterior conchal skin.

A surgical alternative may potentially be the Davis method, which includes removing conchal cartilage to remove excess cartilage. The postoperative dressing should consist of xeroform gauze tightly packed around the external ear, followed by fluff padding and a mastoid dressing that does not cover the eyes. To guarantee that there is no hematoma, most dressings should be removed on postoperative day one.

This updated approach does not require any skin cuts. It entails putting a needle into the surface of the ear cartilage to increase its flexibility. Stitches are used to keep the ear in place or to attach the cartilage to a bone behind the ear.

However, there is a scarcity of high-quality evidence to demonstrate the procedure's safety or effectiveness.

Early and late complications are the most common types of complications. Early consequences include hematoma, bleeding, and postoperative infections such as perichondritis, dehiscence, and skin necrosis. A hematoma is the most concerning postoperative consequence. Hematomas can cause cartilage and skin necrosis. If not treated quickly, the hematoma might get infected, worsening cartilage necrosis and leading to cauliflower deformity.

Cartilage necrosis can also be caused by overtightening of the sutures and, in rare cases, too much pressure from the dressing. Postoperative hematomas are most common one to three days after surgery. One of the major indications is pain, which should prompt a rapid assessment.

Excessive scarring, suture extrusion, hypersensitivity, and, most importantly, poor aesthetic outcomes are all late complications. The most prevalent consequence of otoplasty is unsatisfactory cosmetic results. The aesthetic issues are significant. The telephone ear deformity is caused by the middle mattress suture being overcorrected in comparison to the superior and inferior sutures.

Maintain a clean and dry bandage over your head. You will be unable to wash your hair until the bandage is removed. To protect your ears while sleeping, you may need to wear a headband at night for many weeks.

The stitches may protrude from the skin or cause pain in your ear. Any pain should be treated with pain relievers such as paracetamol or ibuprofen.

How Much Ear Correction Surgery Costs?

In the United Kingdom, ear correction surgery may cost between £2,500 and £3,500, including any consultations or follow-up treatment that may be required. The actual cost will vary depending on the sort of operation you have. Make certain you understand the whole cost and what is included.

Swelling and bruising are frequent following otoplasty, however the severity varies. Except for mild swelling, some people's ears seem normal at the one-week reveal. If bruising occurs, it usually disappears within one or two weeks.

The incisions for otoplasty are buried behind the ears, so they are not visible, especially if you have long hair. Scars are frequently difficult to see after they have healed completely. Thick scars and keloids can form and, in rare occasions, necessitate correction.

Once the head dressing is removed, moisturizer and silicone-based scar treatments are used to aid in healing.

There are no medical alternatives to otoplasty for repositioning or reshaping the ears. You may be considering this procedure to increase your child's or your own self-esteem. There might be alternative methods to accomplish this. Talking to a therapist or counselor about your or your child's looks may help you overcome your fears.

The shape and size of your ears may have a big impact on how you feel - enormous or projecting ears might make you feel insecure, while ears that are too far away from your head can be unpleasant. Ear Correction Surgery (Otoplasty) is a surgical technique used to repair prominent or projecting ears.