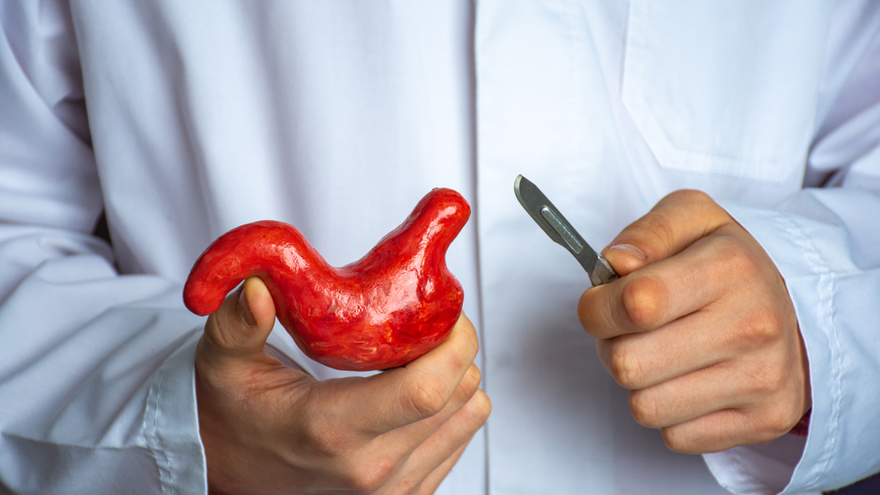 Despite a continuous drop in the incidence and mortality of gastric carcinoma over the previous century, the absolute number of cases continues to rise each year as the population becomes older. Early detection of stomach cancer is extremely rare, and nodal metastases are common. Because lymphatic dissemination is the most important prognostic marker in gastric cancer, proper lymphadenectomy is necessary for both curative and staging resection.

Stomach cancers are classified as either intestinal or diffuse. Helicobacter pylori infection, which can lead to atrophic gastritis and intestinal metaplasia, is the most common underlying cause of intestinal-type cancer. Marked fibrosis and early penetration into the submucosa indicate diffuse-type cancer. Genetics (CDH1 gene), H. pylori infection, stomach ulcers, gastroesophageal reflux disease (GERD), cigarette or alcohol use, nutrition, and chemical exposure are all risk factors for gastric cancer.

What is Gastric Resection? 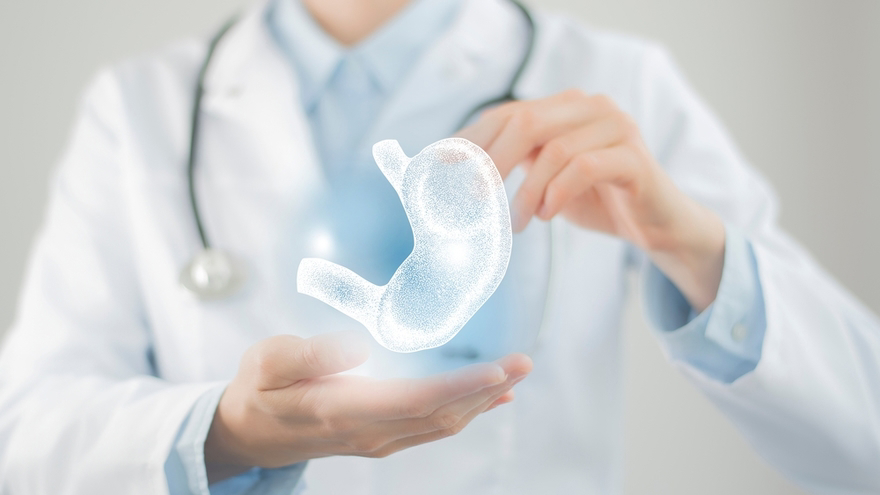 A Gastric resection (gastrectomy) is a surgical procedure that removes all or part of the stomach. This technique is used to remove adenocarcinoma and lymphoma of the stomach, as well as other benign and malignant neoplasms (tumors) of the stomach. Partial gastrectomy can also be used to treat a variety of less common benign tumors of the stomach or stomach wall. Furthermore, the procedure is occasionally used to treat peptic ulcers because it removes the gastric-acid-secreting parietal cells in the stomach lining and stops the release of the acid-stimulating hormone gastrin, removing the underlying cellular components that produce an ulcer. Gastrectomy, which was once a common treatment for people with painful ulcers, is now only used as a last resort if all other options have failed or if the ulcer is perforated or bleeding.

The following are the most frequent reasons for gastric resection: 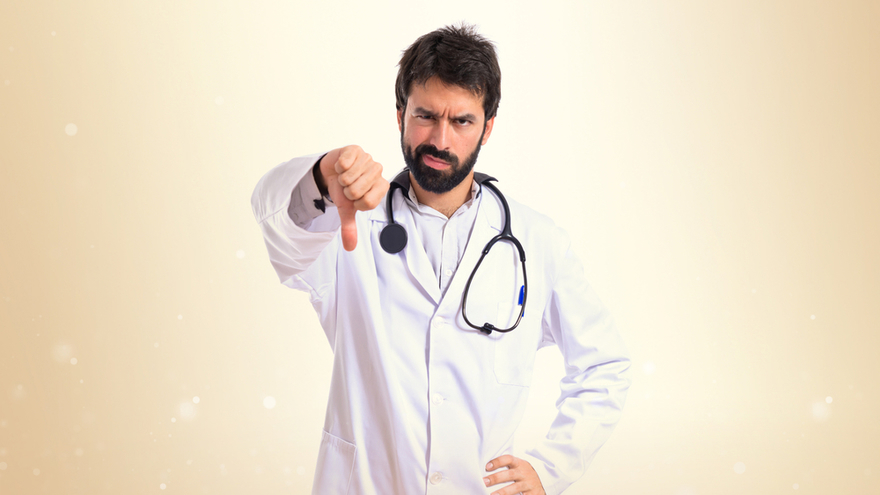 When wide negative margins (4 to 6 cm) can be accomplished with partial gastrectomy, total gastrectomy is contraindicated, because partial gastrectomy has significantly better safety and long-term functional outcome profile, particularly in patients with older age, malnutrition, and extensive comorbidities.

The surgeon's ability to perform this treatment successfully requires a typical open or laparoscopic abdominal operative tray. Surgical drapes, scalpels, and electrocautery should all be included in the kit. A self-retaining table-mounted retractor, such as the Book-Walter retractor system, is useful for open operations. CO2 gas insufflation tube, trocars, a 30-degree laparoscope with a light source, and a monitor are all necessary for laparoscopic surgeries.

Suction irrigators, bowel graspers, liver retractors, scissors, ultrasonic dissector (harmonic scalpel), and vessel sealing devices are all often used devices for both open and laparoscopic surgeries. Depending on the type of gastric resection and reconstruction method employed, a linear GIA or circular EEA stapler may be used.

A surgeon with sufficient competence in foregut and oncological surgery should be able to conduct a gastric resection or total gastrectomy. The operating surgeon, first assistant, anesthesiologist, scrub nurse, and circulating nurse are all essential members of the surgical team. 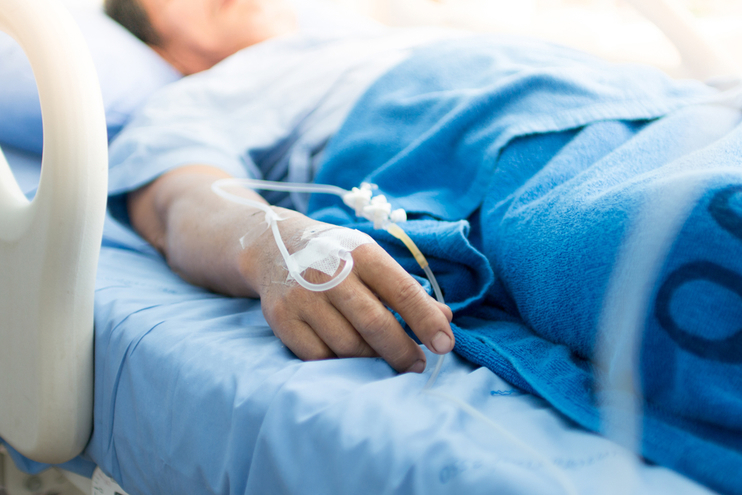 The majority of individuals with stomach cancer are identified at an advanced stage, which is unfortunate. Weight loss, cachexia, anorexia, early satiety, indigestion, gastric outlet obstruction, and malnutrition are all possible symptoms. A range of diagnostic techniques is used to determine which people are candidates for stomach resection during a gastric cancer screening. Routine laboratory tests, such as baseline hemoglobin, platelet count, and complete metabolic profile, should be done. Serum biomarkers albumin and prealbumin can be used to determine nutritional status.

If a stomach tumor is suspected, the diagnostic process begins with an esophagogastroduodenoscopy (EGD). EGD offers a histopathologic diagnosis, as well as the tumors' location and size. Endoscopic ultrasonography (EUS) is utilized to determine the depth of the tumor (T stage) and the presence of any nodal involvement. To rule out the occurrence of distant metastatic disease or bulky lymphadenopathy, a CT scan of the chest, abdomen, and pelvis with oral and intravenous contrast should be done. A positron emission tomography (PET) scan is an additional imaging technique that can be used in conjunction with other imaging modalities to help with staging.

To establish surgical resectability, preoperative plan, and the role of neoadjuvant chemotherapy or radiotherapy, a multidisciplinary approach should be used. For medical optimization, a comprehensive examination of the patient's comorbidities, as well as an evaluation of the patient's performance status and capacity to withstand surgery, is essential. Furthermore, any modifiable risk factors, such as preoperative smoking cessation, which has been shown to enhance outcomes after gastrectomy for malignancy, must be managed before surgical intervention. 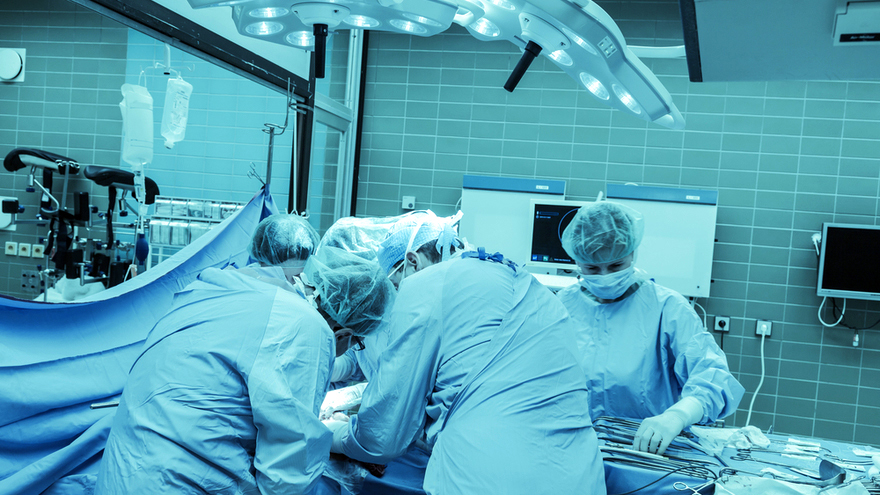 An open, laparoscopic, or robotic-assisted technique for gastric resection is possible. Oncologic equivalency and favorable postoperative recovery outcomes with minimally invasive techniques have been proven in randomized controlled trials comparing laparoscopic and open gastrectomy. In comparison to open operations, minimally invasive gastrectomy has been demonstrated to have a shorter hospital stay, fewer perioperative problems, and less intraoperative bleeding. Surgeon preference, higher surgical complexity, port site recurrence, and insufficient lymph node dissection are all factors to consider while having an open gastrectomy.

The patient is put in the supine position on the operating room table and prepped and draped in the usual sterile manner for all methods. Antibiotics are given before surgery, and a nasogastric tube is inserted for gastric decompression. The key processes for gastric resection surgery are outlined below.

The patient is in a partly reverse Trendelenburg position, and the gastrocolic ligament is divided, allowing access to the lesser sac. Injury to the transverse colon mesentery and vasculature should be avoided at all costs. The left gastroepiploic artery and short gastric arteries are dissected, as well as the splenic flexure. The splenic hilum lymph nodes are left intact to be collected with the samples. The right gastroepiploic vessels are separated and omentectomy is performed laterally down the transverse colon towards the liver. Dissection is carried out until the pylorus is about 2 cm away.

The stomach's lesser curvature is moved toward the esophagus and the diaphragm right crus. The gastrohepatic ligament is divided, and an accessory right hepatic artery should be avoided if possible. The gastric vessels on the left and right sides are separated. Following the common and proper hepatic arteries, lymphatic tissue is mobilized and collected together with the specimen. Dissection of the intraabdominal esophagus is performed during total gastrectomy. The specimen is dissected together with the pericardial lymph nodes (stations 1 and 2). At the level of the esophageal hiatus, the gastrohepatic omentum must be divided.

In the case of stomach cancer, D2 nodal dissection is the gold standard. The perigastric nodes are collected en bloc with the gastric samples at Stations 1-7. Lymphadenectomy continues through the proper hepatic artery to the common hepatic artery (station 8) and then to the celiac axis (station 9) and splenic artery (station 11p and 11d). After that, the dissection is carried down to the hepatoduodenal ligament, where the accompanying lymph nodes (12a station) are harvested.

After the nasogastric tube is withdrawn, the duodenum is divided with a linear GIA stapler. The inferior and superior pyloric nodes (stations 5 and 6) are taken together with the duodenum. Once the tumor has been identified, a linear GIA stapler is used to transect the stomach or distal esophagus to establish acceptable oncologic proximal margins of 4-6 cm.

Roux-en-Y Reconstruction. The jejunum is separated 30 to 50 cm from the Treitz ligament, with the Roux limb proximally and the biliopancreatic limb distally, using a linear GIA stapler. 60-70 cm along the Roux limb, a jejunojejunostomy is performed. The biliopancreatic and Roux limbs' antimesenteric margins are aligned, and enterotomies are established for the linear GIA stapler. A TA stapler is utilized to establish the anastomosis. To prevent internal hernias, the mesenteric defect is sealed with an absorbable suture. In an antecolic or retrocolic way, the Roux limb is carried up to the proximal stomach or esophagus. The end-to-end esophagojejunostomy or gastrojejunostomy anastomosis is stapled or hand-sewn. To rule out a leak, run a water-bubble test. On surgical day 5, a water-soluble upper GI contrast study can be done to ensure the anastomosis' integrity before starting oral intake.

Patients with preoperative weight loss or risk factors for a problematic or delayed postoperative recovery should be given special attention. In such circumstances, a jejunostomy feeding tube, inserted in the distal jejunum in a Stamm or Witzel way, may be recommended. A feeding jejunostomy tube is not typically advised, although it may be necessary for patients with severe preoperative nutritional deficits or if postoperative nutrition is a concern. 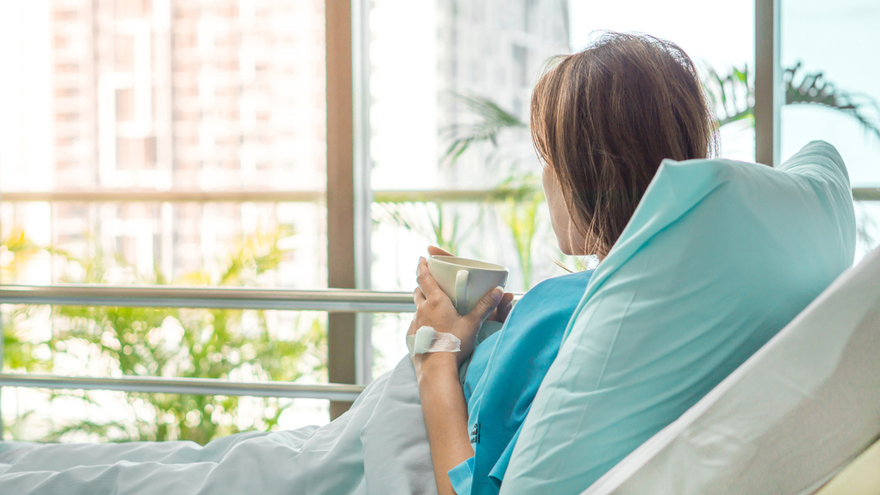 After a gastrectomy, a nasogastric tube is sometimes temporarily put through the nose and connected to the stomach area to allow for the drainage of intestinal fluid and gas, as well as to reduce nausea and vomiting. However, in recent years, the necessity of employing a nasogastric tube has become a source of debate.

The patient is nourished intravenously in the days following surgery. After about a week, the patient usually returns to a light diet, eating smaller meals more frequently than before.

Over the course of a few months, the patient gradually regains the ability to consume a normal diet and feels comfortable consuming a typical amount of food in one sitting. After a gastric resection surgery, the patient will likely need to make some dietary modifications, such as eating less fiber and taking certain vitamin and mineral supplements. 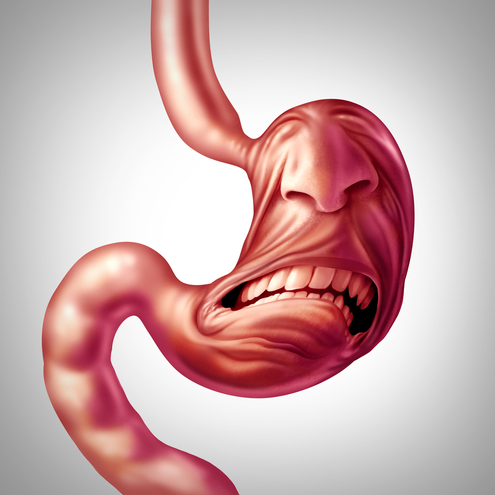 There is a danger of bleeding, infection, and injury to adjacent structures with any surgical procedure. High-risk patients may be more susceptible to complications, which can lead to substantial morbidity or even mortality. Tobacco usage, preoperative malnutrition, total gastrectomy, resection for non-malignant reasons, and blood transfusions have all been associated with an increased risk of morbidity.